Learn about the fossil tree at the Natural History Museum 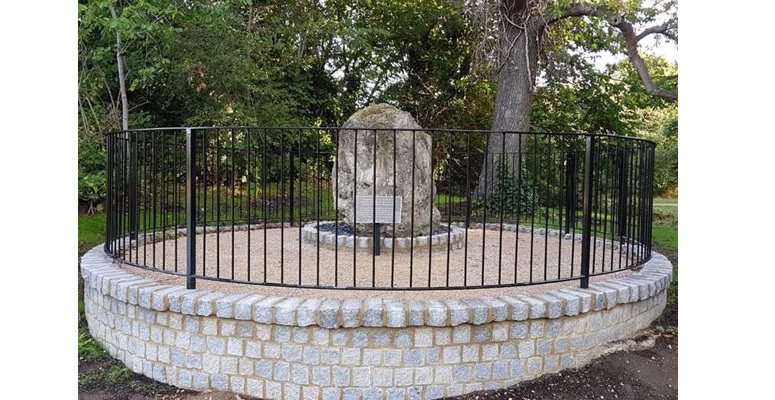 As the Tooting Common Heritage Project nears its completion, there’s a chance to find out more about the famous fossil tree at a talk by an expert from the Natural History Museum on Wednesday (Sep 4).

Dr Paul Kenrick will be talking about the tree, where it originally came from and the way it is formed. Afterwards Janet Smith from the Tooting History Group will explain its history on Tooting Common.

The fossil tree trunk is a landmark feature of the common and dates back some 145 million years to the Jurassic period. It was once part of the famous Purbeck Fossil Forest near Lulworth Cove in Dorset before being presented to The Balham & District Antiquarian and Natural History Society by local Victorian developer Mr Alfred Heaver and placed on the common in 1898 by the London County Council.

It was restored recently as part of the National Lottery funded Tooting Common Heritage Project. The restoration was done based on the advice of Dr Kenrick who made a geology and conservation assessment of the tree and its immediate surroundings in 2015. A viewing platform has been constructed and display panels explaining its history put up so people can get close to it and find out more.

Cabinet member for community services and open spaces Cllr Steffi Sutters said: “The fossil tree has a fascinating history and I’m delighted that Dr Kenrick and Janet Smith are giving local residents the chance to learn more about it.

“Preserving one of Tooting’s most important historic artefacts is just part of the fantastic work The Tooting Common Heritage Project has done to improve, preserve and celebrate the history and biodiversity of the borough’s largest open space.”

If you would like to attend the talk, go along to the fossil tree next to the lake at 2pm. No booking is required and the talk is free. If you have any questions, email TCHP@richmondandwandsworth.gov.uk.