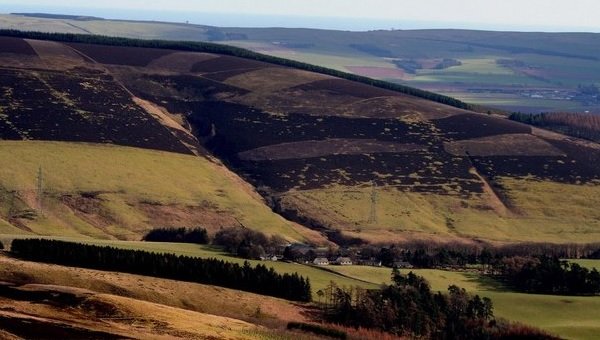 An internationally recognised ecologist has attacked plans to plant 100,000 trees in Speyside that he says could destroy the “Scottishness of the hills.”

Dr James Fenton, a former chief executive of the Falklands Conservation Team and a botanist for the British Antarctic Survey (BAS) has questioned the whole idea of regenerating native woodland.

The expert, for many years the National Trust for Scotland’s ecologist, also challenges conservation bodies that insist woodland must be protected from deer.

Environmental opinion is already divided over RSPB Scotland’s plans to almost double the total size of woodland at its Abernethy Forest, near Grantown-on-Spey in the heart of the Cairngorms National Park.

The bird charity wants to join it up with the fragmented surrounding remnants of ancient Caledonian pine forest, and add broadleafed tree species.

The plan is backed by Scottish Natural Heritage (SNH), Forestry Commission Scotland (FCS) and organisations such as Woodland Trust Scotland and the Trees for Life charity.

But some leading conservationists have written to The Herald criticising the project, it the forest should be left to natural regeneration, as originally planned.

Dr Fenton, who was until recently an adviser to Scottish Natural Heritage [SNH] on landscape policy, said: “Woodland restoration would be valid activity if humans and their livestock had caused the demise of woodland, but the evidence for this is thin.”

He said planting trees has always been seen as seen as “doing something for the environment”.

But he said: “All this energy would be much better expended in controlling invasive plants such as rhododendron or even, nowadays, cutting down regenerating spruce in the wider countryside.”

Part of the problem, he says, is that herbivores such as red deer are not seen as shapers of the landscape, but as a threat.

“If they are eating trees this must be wrong! But surely herbivores, whether antelopes or aurochs, bison or buffalo, elephant or mammoth, hares or dinosaurs, have since time immemorial been shaping the landscape .”

It was why the Scottish upland landscape is open today, he said.

In a new blog he speculates that the natural regeneration of Abernethy was too slow, or not happening “properly” and that the RSPB had become impatient.

He also questions the charity’s plan to introduce a mix of broad-leafed trees: “Where is the evidence that our native pinewoods, or any of our native woods, ‘should’ have a diverse range of trees?” he writes. “Alder, for example, has always been rare in the Cairngorms area.”

He adds: “Is the RSPB’s action not actually damaging the Scottishness of our hills, and going against the long-term natural successional trends? Is this transformation not destroying their natural characteristics, forcing them to fit in with a prescriptive vision – the opposite of being wild?”

He points out that heather or Calluna moorland, on which the trees will be put, is a much rarer habitat globally than Scots pine woodland.

The ecologist also questions the approach of organisations such as the John Muir Trust wild land charity.

The trust’s chief executive Stuart Brooks said: “James is entitled to his view that what we have is natural and we should be happy with it.

“However, he ignores the overwhelming majority of scientific opinion that tells us human action over centuries has caused most of this environmental change.

“The John Muir Trust, and many others, think we could and should bring much more life back to our uplands. Allowing woodlands to expand within their natural range is an important part of that vision.”

An SNH spokesman said “Clearly different people have differing views on this project. Our view is that planting is an important and appropriate tool in woodland expansion and restoration.

“The RSPB proposal at Abernethy is a valuable long-term plan which will benefit native species and local biodiversity. The proposals, which we fully support, have been through very thorough assessment prior to approval.”