Last of Ashfield plantation trees dating back 200 years cut down 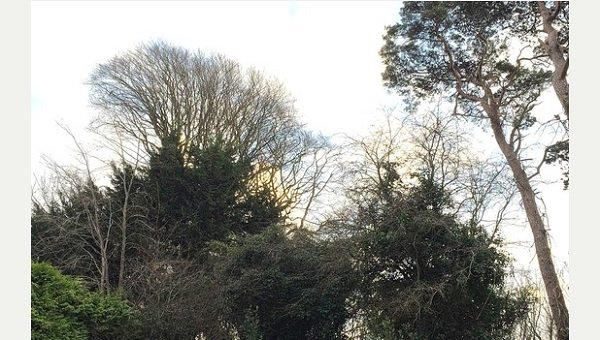 The felling of 200-year-old trees which were the last remnants of a larger plantation at Ponsharden has led to calls for saplings to be planted.

The beech trees behind Ashfield House were diseased and considered a danger by Cornwall Council.

Local resident Christopher Smith said: “The significance is that these were the last two remaining trees from the vast two Ashfield plantations that covered the Lambs Lane estate in the 19th and 20th centuries.

“I am not complaining about the trees being felled, they were diseased and a danger to children, especially after a large branch fell off recently.

“Cormac and the other contractor that the country are using have done a good job. still, it is sad to seem them go.”

But he said he was now asking Cornwall Council to investigate whether they can plant ash saplings in the area to re-establish them.

The copse was cut down in Victorian times, but he said the “straggly trees and Scots pines there now are not worthy inheritors to the old woods”.

In it he says he was “given leave” to cut down many of the ash tress in the front field.

“Father says these were there in 1832. These trees used to be goal posts when we played football in the front field in the winder of 1888-9.

“The beech trees above the conservatory are about 80 years old.

“The peahen used to roost on the lowest branch which was cut down by Moses Pascoe and Richard Burleigh.”