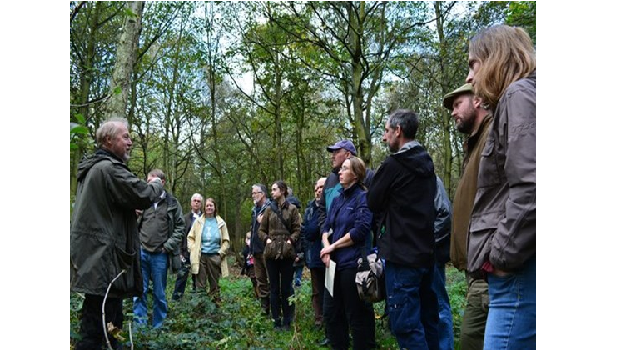 An event hosted recently by the Woodland Trust marks the launch of a new initiative to restore ancient woodland in the Doncaster area.

Woodland owners from the region attended a workshop at Scabba Wood, Sprotborough, on Saturday 25 October to discover the importance of ancient woodland, and the support available from the Woodland Trust to protect this irreplaceable habitat.

As part of this initiative, the Woodland Trust is now looking to encourage other private woodland owners to restore areas of their woods that have been planted with non-native species, such as conifers and rhododendron. The charity is offering advice and support to help people re-establish habitats affected by such planting so the conditions for species that rely on ancient woodland to survive can be strengthened and improved.

Ancient woodland is the richest land habitat for wildlife in the UK that has evolved through many centuries. Its irreplaceable characteristics are identified by species of plants, fungi and insects that are rarely found in younger woods. Unfortunately much of this has been degraded over the years, and now ancient woodland covers just two per cent of the UK’s landmass – half of which is in need of restoration.

Robin Ridley, Ancient Woodland Restoration Project Officer at the Woodland Trust, said: “The purpose of Saturday’s event was to encourage landowners to try and help protect, or at least maintain what remains of any ancient woodland. Small changes to the way they are already managing their woodlands could help to slow or reverse the decline of what is left. Working closely with landowners is a really important part of the project, and it is vital we work together to help protect and eventually restore what’s left of this precious resource.”

Although Doncaster’s home county, South Yorkshire has slightly more woodland than most counties in England, action is still needed to protect its precious ancient woods. In the last 10 years alone, 15 ancient woods in South Yorkshire have been put at risk from development – with crucially one in Doncaster suffering irreversible damage.

This project has been launched after the Woodland Trust was awarded £1.9m from the Heritage Lottery Fund to restore 52,000 hectares of ancient woodland in ten regions across the UK, ranging from Devon to Surrey and Yorkshire to Scotland.

Landowners who would like to restore their own woodland, can contact the Woodland Trust by either calling 07768 498407 or emailing robin.ridley@woodlandtrust.org.uk