Landmark lime tree cut down in Hitchin after base rots 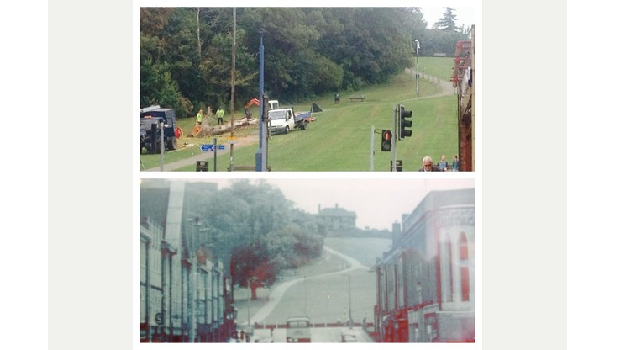 A lime tree which has held pride of place on a Hitchin hill for decades has been cut down after its base began to rot.

Workmen were sent by North Hertfordshire Council (NHDC) to take down the lime tree on Windmill Hill last Thursday (September 4).

Cllr Peter Burt, portfolio holder for environment at NHDC, said: “We have been monitoring the decay on the Lime tree on Windmill Hill in Hitchin for some years now and have been pruning it regularly in order to try and retain it.

“However, rot and decay at the base of the trunk had reached a stage whereby the only safest option, unfortunately, was to remove the tree.

“It is our intention to plant another tree next year for local residents to enjoy for many years to come.

Windmill Hill – which was formerly known as Rawlings Hill after its then owner – took its current name after a mill that stood on top of it burned down in 1875.