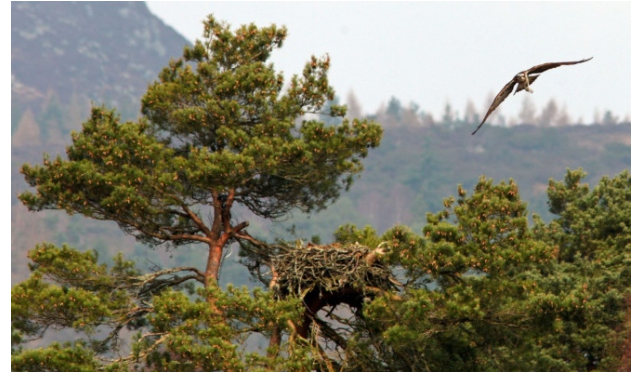 Lady the Osprey’s Perthshire home has been named as Scotland’s favourite tree.

The venerable bird has made her home in a century-old Scots pine on the Loch of the Lowes Nature Reserve near Dunkeld for the past 24 years.

Thousands follow news of her progress every year, and now Lady’s home has itself been taken to the nation’s heart, with the Scottish public voting in their thousands to crown “Lady’s Tree” as Scottish Tree of the Year 2014.

It emerged victorious from a shortlist of six storied trees and will now contend with impressive specimens from 12 countries for the title of European Tree of the Year 2015.