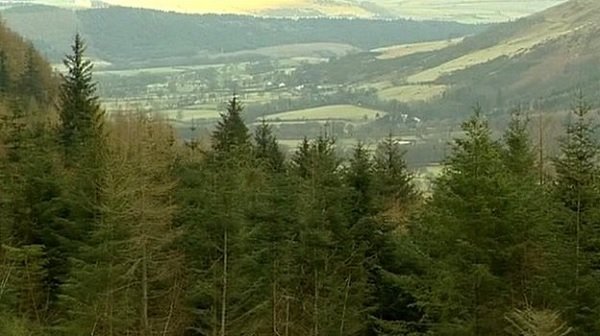 A killer disease affecting larch trees in the Lake District has prompted a programme of felling.

Work has begun to cut down 27 acres of trees at Whinlatter Forest to prevent the spread of ramorum disease and will continue for up to 19 days, landowner the Forestry Commission said.

It said it wanted to stop it spreading to trees around its visitor centre.

The only way to contain the fatal blight it is by cutting down affected trees, the commission said.

The infection, caused by a fungus-like organism called phytophthora ramorum, attacks larch trees and other plants, including rhododendrons and bilberries.

Instances in the UK have increased since it was first spotted in 2002.

South-west Scotland, south-west England and south Wales have been particularly affected. It has also appeared in other parts of Cumbria.

The B5292 running through Whinlatter Forest will be closed between Noble Knott and Revelin Moss car parks on weekdays while the work continues.

Larch trees cover more than 4,000 hectares in Cumbria, 6% of its total forest area, according to the Forestry Commission, with 436 hectares identified as being affected by the disease since 2011.

The Forestry Commission said it identified 94 hectares of larch woodland requiring to be felled to control ramorum disease in Cumbria in 2014, while in 2013 293 hectares were targeted.

A spokesman said drier weather and more people supporting schemes to stop ramorum spreading had resulted in its decline.

The commission’s forester for the area, Gareth Browning, said he was concerned the trees supporting the Go Ape high ropes course at the forest could become infected.

“After we have completed the felling we will replant mostly with conifer trees of species which do not get ramorum disease,” he said.