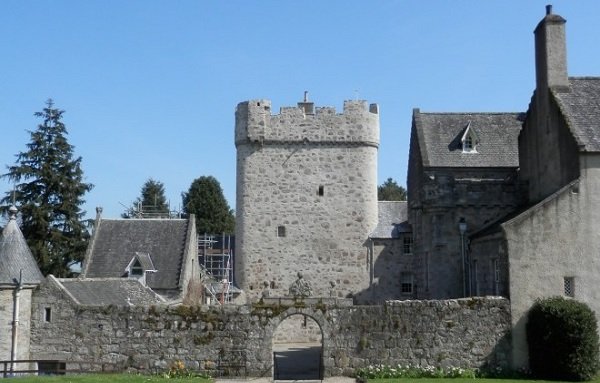 A row of trees at a popular north-east landmark are for the chop following the discovery of a deadly toadstool.

The 16 non-native conifers, which line the driveway at Drum Castle, are to be felled after experts found they were infected with honey fungus. The infestation would kill the trees if left alone, meaning they could pose a danger to members of the public.Bosses said they would be replaced with native trees in varieties more suited to the landscape around the venue near Drumoak on Deeside.

The work will be done as part of preparations for the castle’s annual Holly Fest, which takes place in December. Hundreds of visitors are expected to flock to the 700-year-old landmark on December 6, 7, 13 and 14. They will be able to buy wreaths made from the venue’s own holly and see a giant advent calendar made by pupils from schools in Aberdeen.

The tree-felling is the latest in a series of works at the castle, which is run by the National Trust for Scotland. In April 2013 it was covered in scaffolding so major structural repairs could be carried out. The £700,000 work finished earlier this year and was funded by an anonymous donor as well as Historic Scotland.

Property Manager Alison Burke said: “The work to take down the trees starts next week and marks the latest in a series of developments at Drum.

“More than 100 native broadleaf species will be planted on the estate over the forthcoming year, these will be much more in keeping with what would have been seen at Drum in its heyday and are great for our native wildlife too.”