No justification for loss of trees on former Novartis site 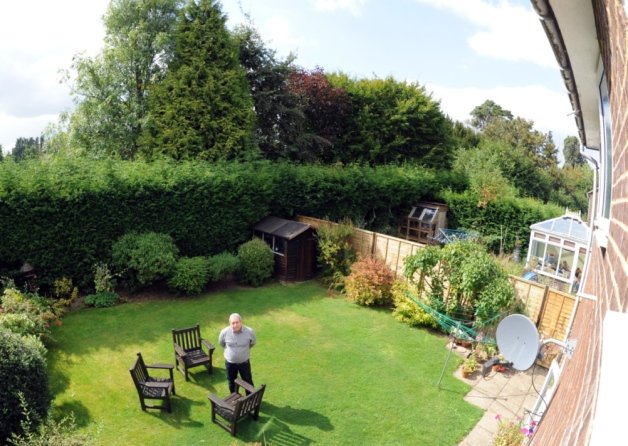 A neighbour of the former Horsham Novartis site has claimed there is ‘no justification’ for the amount of trees that could be lost if plans for 160 homes go ahead.

Farbod Jarvand has lived in Thatchers Close with his wife for the last 24 years, and his property borders the northern part of the former Novartis site where Linden Homes are proposing to build the new homes.

As a consultant transport and highways engineer for 25 years he feels the scheme had been designed purely to fit a density of 50 units per hectare, rather than fitting around the trees already there.

Mr Jarvand said: “It’s maximising their density on the site because of the number of trees coming down which is 152 of the 226.

“There’s no justification for that. It’s an aggressive way of developing the site without respecting what is there.”

Pharmaceutical giant Novartis closed its Horsham site earlier this year, and while no decision has been made on the future of the southern site a planning application has been submitted to Horsham District Council for land north of Parsonage Road.

Mr Jarvand said he was not against development on the parcel of land, but felt with a few less units, many more trees could be retained.

“Whilst the number of trees proposed for removal is high, this is a brownfield site within the town centre, and the planning guidance note for this site has stipulated a density of 50-60 dwellings per hectare.’’

HDC’s arboricultural officer has raised no objection, arguing that the majority of trees proposed to be removed are category ‘C’ or ‘U’, while the premier specimens have been ‘carefully integrated into the development layout to ensure their long-term retention’.