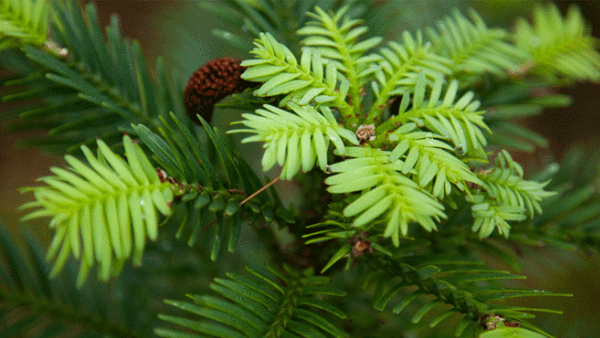 Jurassic trees growing in the north west Highlands are expected to be unaffected by a disease that threatens other neighbouring tree species.

The National Trust for Scotland’s Inverewe Garden has the world’s most northerly grove of Wollemi pine.

Thought to have died out two million years ago, the species was discovered in Australia in the 1990s.

The trust said Wollemi were not susceptible to sudden oak death which has been detected at the garden.

Staff at the site near Poolewe have started felling larch in and around the garden to prevent the spread of the disease, which is also known as larch tree disease and Ramorum dieback.

The trust said the source of the infection was unknown and given the propensity of spores to be blown over long distances it was unlikely it would ever be identified.

The work to remove larch and other species vulnerable to infection could take until February to complete.

Plants and trees at Inverewe benefit from the North Atlantic Drift, a warm ocean current.

Its grove of Wollemi pines have survived other threats over the years.

A year ago winds gusting to speeds of 100mph hit the garden, taking down Japanese cedar and Noble fir. The prehistoric pines were unscathed.

In January 2010, the garden had its coldest temperatures in more than 30 years when they fell to -7C.

The Wollemi at Inverewe were cultivated from those found to have survived in a single isolated grove in Australia.

The discovery of the pine in 1994 caused a scientific sensation, and prompted the Australian government to protect the site where it was growing.

The species was thought to have been extinct for at least two million years. The only previously known examples were fossils which were 175 million years old.