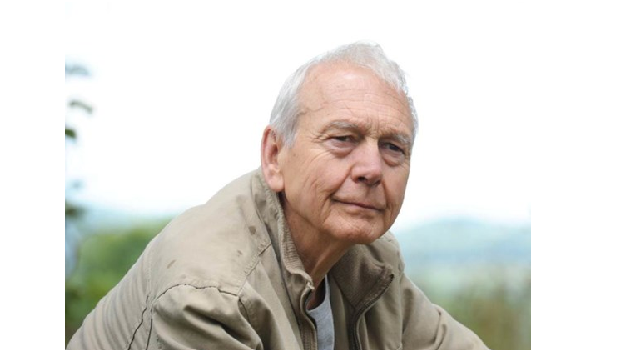 Following a promising start to its fundraising campaign, the Woodland Trust now has only until the end of November to raise the necessary funds to create the Wales Centenary Wood.

The campaign to create a First World War Centenary Wood in Wales has received a further boost in securing support from the Welsh author, journalist and broadcaster John Humphrys.

He says: “I can think of nothing more fitting than to commemorate those who gave their lives with something that will live on through the centuries to remind us of their sacrifice. New woods speak of new life. I want my children and grandchildren to grow up in a country where they are never more than a few miles from woodland – not just for the trees, but for the multitude of wildlife that thrive from their branches to their roots. We owe it to both past and future generations to support this ambitious project.”

The Woodland Trust (Coed Cadw) launched its campaign to raise funds to create a First World War Centenary Wood in Wales in June this year. The Trust has identified 120 acres of land in the beautiful rolling landscape of the Gwendraeth Valley near Ffos Las in Carmarthenshire where it aims to plant 90,000 native trees and create rich carpets of wildflowers, including the iconic Flanders poppy. The flourishing wood should become a haven for local wildlife such as the song thrush and pipistrelle bat.

The Trust has not yet reached the £500,000 target it set to allow it to purchase the land, but thanks to all those who have generously donated so far, it has been able to secure an extension to the fundraising period until the end of November. But if Wales is to be represented in this ambitious and poignant project, the need for support is now urgent. The full cost of the project will be £1.2 million.

Jerry Langford, the Woodland Trust’s Wales Director says: “We’re really grateful to everyone who has supported this important campaign so far, but if we are to be successful, we still need your help. Your donation will go to the purchase, creation and future management of our First World War Centenary Wood in Wales. This ambitious project will benefit local people and wildlife for years to come, while remembering those involved in the First World War in a beautiful and symbolic way. You can donate online at woodlandtrust.org.uk/fwwwales”

Sainsbury’s are partnering the Woodland Trust to deliver Centenary Woods. Mike Coupe, Sainsbury’s Group Commercial Director and CEO Delegate said: “We’re pleased to support such a fitting memorial to those affected by the First World War. It’s important to our customers and colleagues, and commemorative to the 350 colleagues who fell during World War One. As well as choosing our high welfare Woodland products, our customers know they’re also playing a part in a great cause that we’ve supported for 10 years.”

Your donation will go to the purchase, creation and future management of our First World War Centenary Wood in Wales.