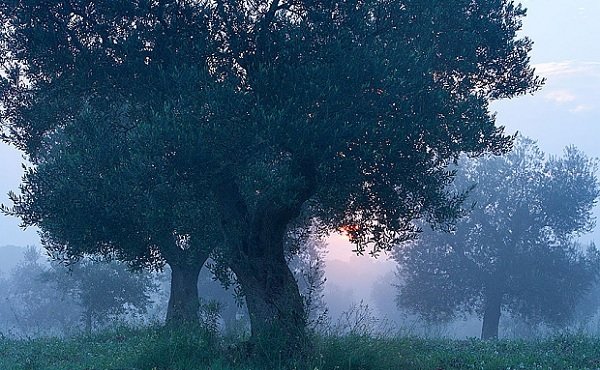 A deadly bacterium that is wiping out centuries-old olive trees in Italy could spread to the rest of the Mediterranean, experts have warned.

The Xylella fastidiosa disease, which spread to Italy from the Americas, has infected up to a million trees in the southern region of Puglia, which is renowned for its olive oil.

The bacterium, which is carried by an aphid, is spreading quickly through Puglia, which forms the heel of the Italian boot.

Since the bacterium was first detected in Italy in September 2013, the affected area has increased dramatically from 8,000 hectares to 230,000 hectares.

Entire olive groves, some containing gnarled, twisted trees that are hundreds of years old, have had to be cut down.

“Some of the trees are 1,000 years old. They are part of Italy’s natural heritage and we should not be left alone by the State to face this disaster,” Francesco Bara, an olive oil producer, told La Stampa newspaper.

Other oil-producing areas in Italy such as Tuscany, Umbria and Lazio have been put on high alert.

There are fears that unless more robust action is taken, the disease could spread to other important olive oil-producing nations such as Greece, Spain and Portugal, either in contaminated soil or in exported seedlings.

“If it expands its range further, the entire Mediterranean basin risks being contaminated,” said Giovanni Melcarne, the president of an oil-producing consortium in Otranto, a hilltop town that is in the infected area.

“We are calling for politicians to sit up and notice what is happening and to take necessary actions,” he said.

There are plans to create a mile-wide cordon across the region, from the Ionic Sea to the Adriatic coast, in an attempt to halt the disease.

Grass will be cut, the soil ploughed, and pesticides applied to try to stop the insects spreading the disease.

Italy’s Civil Protection Agency, which normally deals with natural disasters such as floods and earthquakes, has been given the task of coordinating the response to the crisis.

The blight threatens to not just radically alter the landscape of Puglia, but to endanger thousands of jobs – in the province of Lecce alone, an estimated 7,500 people are employed in the olive oil sector.

The sector is already struggling after being hit this year by one of the worst harvests for decades.

An unusually cold, wet summer across much of Italy meant that olive trees lost their buds and failed to produce olives.

Those trees that did produce fruit were then attacked by an aggressive insect, the Mediterranean olive fly, which burrowed into the olives, laying larvae which develop into maggots that ruin the olive.

“It’s a disaster of Biblical proportions,” said Johnny Madge, a British producer who has been making olive oil in the Sabine Hills region, north of Rome, since 1985. “In this region, production will be almost zero.”

Pietro Sandali, the head of Unaprol, the Italian olive growers’ consortium, described the harvest as the worst in living memory, with production likely to be down 35 per cent.

The poor harvest means that the price of olive oil in British supermarkets is likely to rise, consumer associations said.