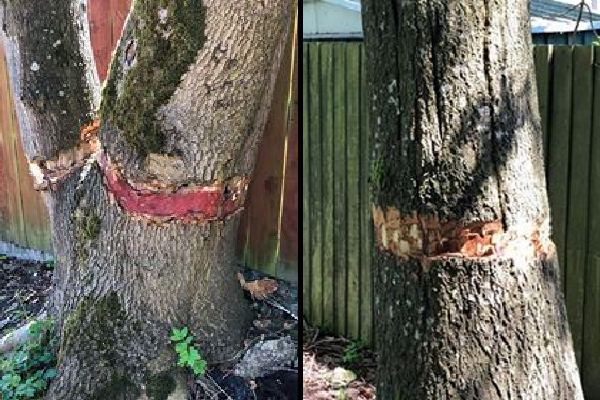 Police are investigating after two oak trees were damaged in Richmond.

The bark was sawed off the trees in Conan Drive. The process, known as ringing or girdling, will lead to the trees being unable to flourish and will eventually cause them to die.

The incident was reported to police by Richmondshire District Council, and the damage occurred possibly over the weekend of 19 and 20 May.

Police say four males in a white Ford flatbed truck were seen using bow saws on the now damaged trees on Wednesday, 16 May.

Sergeant Helen Blockley, from Richmonshire police, said: “We are eager to identify the vehicle and speak with the men to establish on whose authority they were acting.

“We have been told by a local resident that there was a similar incident about a year ago, but have no record of this. One resident, who asked not to be name, said: “It just saddens me to see needless damage like this.”

Anyone with information can contact police on the 101 number quoting occurrence number 12180089100.