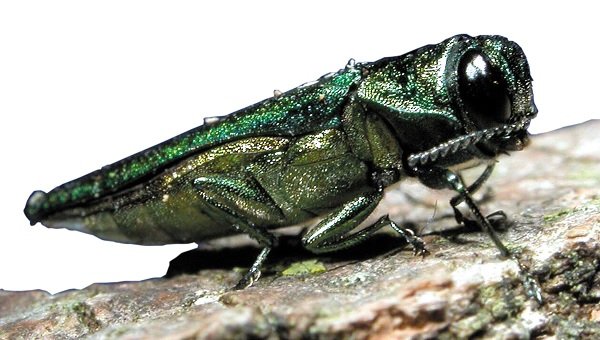 Hamilton is throwing more axes into action — and bylaw officers — to try to keep up with rapidly dying ash trees under siege by an invasive beetle.

Forestry head Mike McNamara said city-owned ash trees have started sickening and dying more quickly over the past three months, as a result of infestation by the Emerald Ash Borer, an invasive beetle expected to kill most ash in Hamilton over the next decade.

The city approved a management plan in 2012 to proactively remove 10 per cent of the estimated 23,000 ash on city boulevards and in parks every year.

But McNamara said a growing wait list of more than 360 dead or dying trees has spurred the addition of more contract cutting crews. Clearing the list could take three months.

“There has certainly been an increase in mortality, which was expected,” said McNamara, adding the 10-year, $26-million ash borer plan anticipates annual tree death peaking by 2017.

He said more dead trees are being reported, particularly in ash-heavy Stoney Creek and on the east Mountain.

“I think that’s a combination of the (worsening) infestation and also awareness of the problem,” he said.

Private landowners are also under pressure. Bylaw enforcement manager Kim Coombs said the city has issued 100 orders to residents since the start of 2013 to cut potentially dangerous dead ash.

Councillor Chad Collins said his residents are reporting “piles of trees” that are either dead or in serious distress in Ward 5.

“I’m a little concerned about how long it’s taking to deal with them,” said Collins. “It’s really a safety issue and a risk issue for the city.”

McNamara said he’s confident the city’s management plan is working, noting the wait list is prioritized according to “hazardous condition.” A reported tree may not disappear for weeks or months, he said, but only if it’s not an obvious danger.

The city plan has axed more than 2,300 ash as of June — but only replaced about 500, mostly because of an early winter and wind storm damage in 2013. McNamara said the contractor, Davey Tree, is aiming to catch up on replanting this year with native species.

The beetle arrived in Hamilton in 2009 and council saw a proposed management strategy the next year, but didn’t green-light a consultant report to study funding options until after that year’s election.

Once a tree is infested with the invasive beetle it can take less than two years to die, creating a falling hazard. In Windsor, the first Ontario city hit with the now-widespread beetle invasion, workers struggled to cut dead trees before they fell.

It’s not just a city problem. A resident in Collins’ ward complained about dozens of dead ash on the Glendale high school property, prompting a bylaw order.

The Royal Botanical Gardens has been proactively cutting or injecting pesticides into large ash trees in public areas since 2012. Tys Theysmeyer, head of natural lands, said the agency will inventory and cut at-risk ash again this September.

“I can think of 100 trees right off that bat that are done for,” said Theysmeyer, who estimates the RBG has a few thousand ash along trails and areas popular with visitors.

So far, some areas of the city have gotten off lightly by comparison.

In Ancaster, most city ash borer work has involved injecting mature ash trees along Wilson Street with a pesticide designed to keep the beetle at bay. The city is aiming to save about 800 such showcase trees across Hamilton.

“We haven’t been hit too hard yet, and I’m still hopeful that brutal winter will have done something to slow (the beetle) down, if not stop it,” said Councillor Lloyd Ferguson.