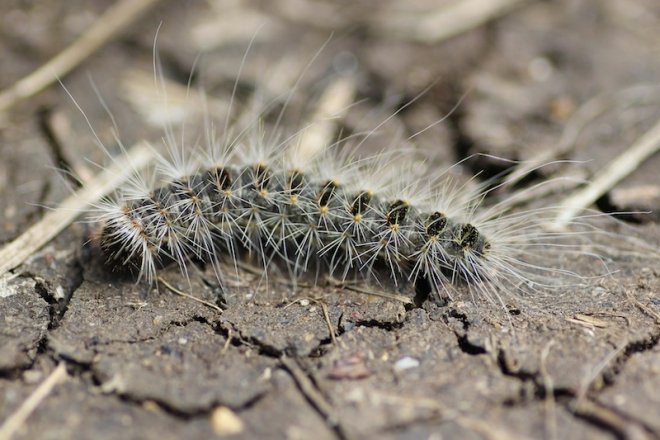 A potential new solution for the control of Oak Processionary Moth (OPM) is said to be showing promising results. Trials using a pioneering technique of micro-injection with known infestations ‘could offer an effective future option to manage spreading pest populations and in minimising its extreme threat to human health’ says Syngenta TreeCare.

This season’s widespread spraying of parks, streets and private gardens is currently under way, using a combination of indiscriminate broad-spectrum insecticide or biological controls. However, successive years of repeated treatment – along with tree felling and manual nest removal – have failed to prevent the continued spread of OPM, which is now believed to be endemic across parts of the South East.

Results of independently monitored micro-injection trials, now in their third year, have shown no viable OPM nests remaining in treated trees, says Syngenta. And the application trials, using the latest developments in its tree micro-injection technology and undertaken in London and the South East by Bartlett Tree Experts Research Laboratory, ‘have reported no negative impact on tree health’.

Tree micro-injection (TMI) has the significant advantage of eliminating exposure of the public, operators, the environment or non-target insects and wildlife to any spray drift, Syngenta explains. The treatment, which mimics the action of naturally occurring compounds, is retained within the tree and controls OPM larvae feeding on leaves, quickly breaking the pest’s life-cycle.

Following the successful completion of the trials and ecological assessments, the Syngenta TreeCare solution has now been submitted to the UK regulatory authorities.

Chartered arboricultural consultant Dr Dealga O’Callaghan believes TMI gives the very real hope that OPM can be controlled. ‘The demonstrated effectiveness in controlling OPM is very encouraging’ he says, ‘and given the scale of the OPM outbreak in the UK, I believe that it is possible to eradicate this pest through TMI application.’

O’Callaghan believes treating a number of trees at strategic locations within infested locations in West London and Pangbourne could keep the OPM population low enough to prevent future outbreaks. ‘It would also provide us with an effective tool to respond rapidly to any future outbreaks elsewhere in the country,’ he adds.

Syngenta TreeCare TMI technology has recently gained full approval in France for control of Red Palm Weevil to protect the Mediterranean palms – along with further emergency approvals in a number of other southern European countries.