Infections and pests plague our trees and countryside 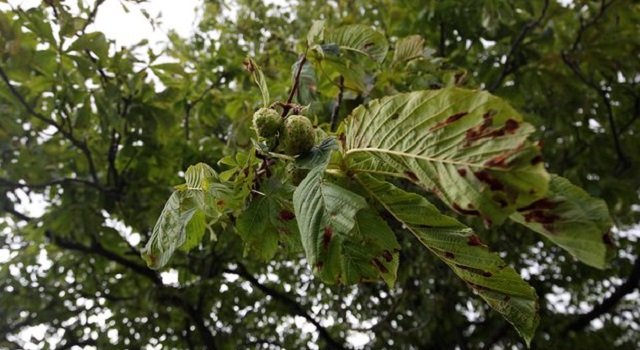 Burrowing larvae, infections and pathogens causing disease are a major growing hazard for many of the best-loved trees in the british landscape – the horse chestnut, elm, oak and ash.

This summer, many trees are looking stunning, but looks can be deceiving. Britain’s trees are being destroyed by a countless number of pests and diseases that could eventually change the landscape out of all recognition.

Leaf miners, the larva of a moth, which burrows through leaves, are turning many Chestnut leaves brown. A very serious issue is the canker bacteria disease, which causes bleeding on the trunk of horse chestnuts, which often kills younger trees within just a few years. The disease is spreading at an alarming rate through the UK.

A more recent infection which is quickly killing young ash trees is Ash dieback (Chalara). It was first found in the UK at a tree nursery in 2012 and is caused by a fungus that kills young ash trees quickly but older trees a lot more slowly. The fungal spores of the infection spread very easily, so it could eventually wipe out the common tree, which we only have an estimated 80m left in the UK.

There is also an worrying host of other infections to contend with, Asian longhorn beetles and oak processionary moth, chronic oak decline, Massaria fungal disease of plane trees, Phytophthora ramorum in larch, as well as sweet chestnut blight and more.

Often we take our trees for granted, but if we look back into the past, we get a glimpse of what could happen in the future, if our trees surrender to infection. 40 years ago, Elm trees, dominated the British countryside, standing tall and proud, but they were submitted to an infection named Dutch elm disease, which devastated millions of these trees. The landscape has still not recovered from that epidemic.

All these pests and diseases are foreign imports often brought in on ornamental and commercial trees, along with the soil they grow in. Infection controls for these imported plants are far too slack.