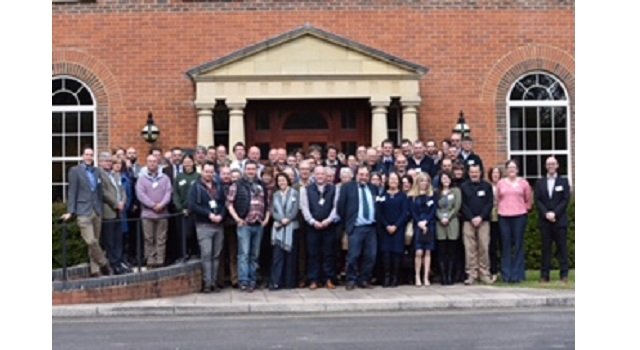 With Government approval secured for the new Trailblazer Apprenticeship standards for arboriculture, forestry, horticulture and landscaping, those employers involved in the initiative are being congratulated on their success. Businesses from across the four sectors have developed a suite of new apprenticeships that meet the needs of today’s and tomorrow’s arboriculture, forestry, horticulture and landscape sectors.

Since the start of the project in 2015 more than 40 employers, 8 industry bodies and 18 training and assessment organisations have successfully worked together under the leadership of Richard Trippett of Bartlett Tree Experts, Geraint Richards of the Duchy of Cornwall and Neil Huck of Ground Control to develop the standards for the Arborist, Forest Operative, and Horticulture/Landscape Operative apprenticeships. In addition, a new standard for Horticulture and Landscape Supervisor has been approved and their assessment plans and training specifications are being developed.

Speaking at an event on 26th April to launch the standards to training providers, Neil Huck, who chaired the Horticulture Sub Group, commented: “Ground Control sees the benefit of the Trailblazer Apprenticeships and has supported them from day one, not least through my chairmanship of the Horticulture Sub Group. These apprenticeships will provide the industry’s future skilled workforce, which is why it has been so important they were employer rather training provider led.”

Forestry Sub Group Chair Geraint Richards said: “I am delighted that the forestry sector quickly became engaged with the Trailblazer process and that we now have a new Forest Operative apprenticeship standard. The sector is keen to recruit new entrants and I sincerely hope that this standard will help develop a thriving workforce for the future.”

Speaking about the project and his role as Principal Group Chair, Richard Trippett said: “It has been very useful opportunity to be leading this Trailblazer. Along with colleagues from the industry we have been able to set out a comprehensive training programme for people new to the industry; the involvement at this early stage has been invaluable. We are certain that the new trailblazer apprenticeship will be able to provide employers with skilled and qualified candidates with real life work experience who are able to progress into a career in arboriculture.”

75 delegates from c. 50 organisations attended the launch event, which was held at the new offices of the Horticultural Trades Association (HTA) in Didcot, Oxfordshire. Morning presentations provided an overview of the project and introduced the four occupational apprenticeships. During the afternoon, breakout sessions for each sector – Arboriculture, Forestry, and Horticulture & Landscape – gave training providers an opportunity to learn more about individual apprenticeships. A plenary session concluded the event.

The development of the apprenticeships has been a significant undertaking for those involved in the Trailblazer Project. They now look forward to working with employers and training providers on their successful delivery.