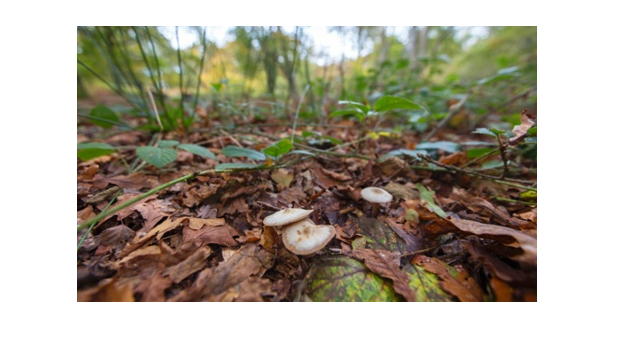 Gangs commercially picking edible fungi to sell to restaurants and markets are leaving a ‘trail of destruction’ across ancient woodlands, such as Epping and New Forest.

“Here we go – this is one of the really nasty ones,” says Jeremy Dagley, pointing at the cappuccino-coloured cap of a two-inch mushroom nestled in the coppery leaf litter in Epping Forest “The brown roll rim will kill you and it is not a slow death.”

But a few steps further on he discovers a mushroom the size and shape of a toasted tea cake. “This is a penny bun – also called a cep – and it’s really edible,” he says. “It is the one the pickers love. They are really expensive and really lovely to eat.”

Epping Forest, an ancient woodland straddling the border of greater London and Essex, is one of the best fungi sites in the country, with over 1,600 different species. But, like other fungi-rich sites such as the New Forest, it is being stripped out by illegal picking by gangs believed to sell the wild mushrooms to restaurants and markets.

“They leave a trail of destruction,” says Dagley, who has been head of conservation for 20 years at the 6,000 acres wood. “It has stepped up over the last five years. Sometimes people run away when they are challenged, but we have been threatened too. People pick using knives so they feel armed.”

He says pickers often take everything away and sort the edible from the poisonous later: “You can find people with 40kg of fungi, which is huge” but much is just thrown away.

Dagley says it is distressing to see the destruction, and it prevents the forest’s 4.5 million annual visitors enjoying the spectacular variety of fungi. The weird and wonderful shapes and colours of the fungi he points out revives his enthusiasm. “You have gills, frills and pores and the puffballs, they are like things from outer space,” he says.

The growing popularity of foraging for wild food may be part of the problem, says Sue Ireland, director of green spaces for the City of London Corporation, which manages Epping forest: “In rural areas, foraging is fine if you are picking for your own personal use.” But the difference with Epping Forest is that it is on the doorstep of the millions of people in London and can even be reached by tube train.

“The vast majority of people know that you shouldn’t pick wild flowers and we need to treat fungi like that,” says Ireland. “Fungi are beautiful and we want everyone to be able to enjoy them.” Rare species abound even in urban areas, she says, with a new species for the UK being discovered on London’s Hampstead Heath in 2013.

There were 20 successful prosecutions in 2013 for illegal fungi picking in Epping Forest, with one person caught with 20 sacks of mushrooms. The previous record was six prosecutions. In Ireland the fungi are thought to fetch £50 a kilo, while the fines imposed average £200.

But even if the penalties are relatively small, they are more than is being done in the New Forest, according to local farmer Sara Cadbury, a founder member of the Hampshire Fungus Recording Group. “The New Forest is one of the best places in Europe for fungi, if not the world,” she says. “Twenty years ago there was no commercial picking at all, but it has just escalated and is now totally out of control with literally tonnes of fungus leaving the forest.”

“Pickers are dropped from a bus and go line abreast through the forest, collecting anything and everything,” she says. Cadbury has taken a special interest in hericium, or tooth fungi, which hangs down spectacularly from trees. “But every time I take someone back to see a specimen, it’s been picked.” The head of the ancient Verderer Court which governs the forest, Dominic May, said recently that the problem in 2014 was worse than usual, with “industrial scale” activity.

The Forestry Commision (FC), which manages much of the New Forest, have failed to impose any penalties since a high-profile failed prosecution in 2006, says Cadbury. “No-one is willing to make a stand against it here,” she says. “The Forest keepers are very frustrated and depressed because the bosses aren’t backing them.”

Bruce Rothnie, FC deputy surveyor for the New Forest, told the Guardian: “To date we have no measure of the scale of picking. Anecdotal information suggests that commercial picking is on the increase, and the aftermath of teams of pickers can often be seen. Although we continue to work closely with neighbouring landowners and the police we have not, as yet, been able to gather enough evidence for them to consider a prosecution.”

While illegal commercial picking is on the rise, the number of people being poisoned by mushrooms is not.

The National Poisons Information Service (NPIS), which doctors call for advice when treating poisoned patients, says the number of incidents reported has remained steady between 200 and 300 in each of the last five years. “Many mushrooms growing in the wild are tasty and safe to eat, but it is not always easy to differentiate between toxic and non-toxic species even for people with experience in foraging,” said an NPIS spokesman, adding that many mushroom poisoning cases involved children under 10.

Back in Epping Forest, Dagley is pointing out bracket fungi, that grow like ledges on trees. “There are lots of edible brackets, like beefsteak, chicken of the woods and oyster mushrooms,” he says. “People can take a lot of oysters and can damage the tree doing so.”

Epping Forest has 55,000 ancient trees, each centuries old, and like many plants they have a symbiotic relationship with mycorrhizal fungi, which sheath the roots and provide minerals in return for starches. “80% of the ancient beech trees in the country are in Epping Forest and we know their mycorrhizal fungi are in trouble,” Dagley says. “When you strip all these out, you don’t know what effect you are having on the trees.”

Just on the edge of wood, next to the car park, Dagley’s excited shout sounds out again. “Fantastic! A beefsteak!” he says, indicating a foot-long, ruby-red bracket fungus which can drip bloody juice and has been mistaken for a human organ on occasion. “It’s really full of tannins, a really strong flavour.”

But it is the beefsteak’s value in creating a home for rare species that he really values. “It forms a lovely heart-rot, with the tree around forming a warm jacket, like a thermos flask,” he says. “Hollow trees are even more important for biodiversity than ancient trees.”