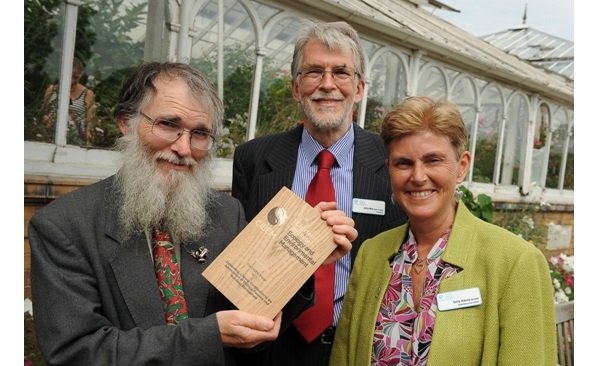 Dr Kirby, a Woodland Ecologist at Oxford University, has been awarded the honour in recognition of his contribution to driving forward woodland ecology. Regarded by his peers as the ‘oracle on woodlands’, Dr Kirby’s career has spanned nearly forty years. He gained a first class honours degree in Agricultural and Forestry Sciences from Oxford University in 1973, and went on to complete a doctorate on multiple aspects of bramble ecology in 1976. Since retiring from Natural England in 2012, Kirby has returned to Oxford University in the Department of Plant Sciences where he continues to write about woodland conservation.

He co-edited Wytham Woods (OUP) based on Oxford’s ecological field laboratory which is home to some of the longest running field research in conservation management. Here, Kirby has commissioned and conducted research which has closely monitored the impact of rising deer numbers on woodland environments, and how tree canopies may slow the pace of climate change at ground level.

Following the announcement of his award Dr Kirby commented, “I am very pleased to be honoured in this way. I have worked in woodland ecology for nearly forty years, yet that is merely a tenth of the time it would take a single oak tree to reach biological maturity. Trees have been under threat from mankind since the invention of the first axe, and natural disasters such as the great storm of 1987 still leave an ecological legacy today, making long term monitoring an essential part of woodland conservation.”

He has worked as a woodland ecologist for the government’s statutory nature conservation agencies – in their various incarnations, firstly with the Nature Conservancy Council, then English Nature, and most recently Natural England – developing national policies in forestry and advising the UK government on forest sustainability and rewilding. He is also a Fellow of both CIEEM and the Institute of Chartered Foresters, while being a long-serving member of the British Ecological Society and the Royal Forestry Society.

Sally Hayns, Chief Executive of CIEEM says, “The Institute Medal is CIEEM’s highest accolade and we are delighted to be presenting it to Keith Kirby this year. He has dedicated his life and career to topical and applied research on issues such as climate change and tree disease, basing his theories on sound woodland ecology which has made him a highly reputable and sought after voice in the field. He leads by example, minimising his own personal footprint wherever possible, and providing guidance to young emerging ecologists.”