Hyndburn woodland area will benefit from £150,000 for improvements 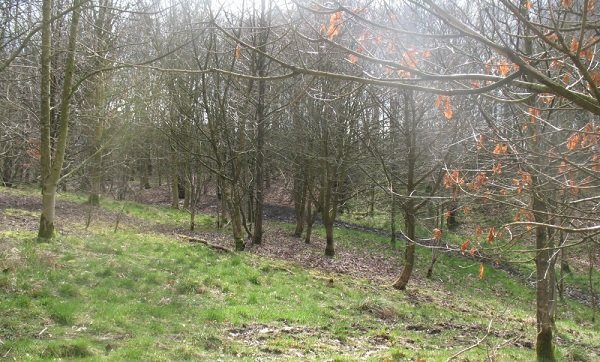 Major improvements at Hyndburn’s Clayton Forest Park are under way after the award of a £150,000 grant.

The 28 acres of woodland, one of the largest in the borough, surrounding Wilson’s Playing Fields in Clayton-le-Moors, will see 2.5 kilometres of new footpaths, waymarking and new interpretation boards to help visitors understand the valuable wildlife habitat.

Already horses and trailers are ‘logging’ some of the trees in the old-fashioned environmentally-sustainable way.

The £150,000 grant cash was secured by Hyndburn Council and the Prospects Foundation, the borough’s environmental charity, from the Forestry Commission and the Lancashire Environment Fund.

It will pay for a range of improvements including making footpaths more accessible, installation of waymarkers and interpretation boards, new boundary markings and upgrading the woodland habitat.

As part of the two-year project, work has started on the tree thinning to decrease the overall forest density and to allow sunlight to penetrate the canopy.

Experts say this will encourage the development of ground-level flowers and plants attracting more wildlife to the area.

Coppicing work will also take place, where most trees within the area will be cut to ground level, and their regrowth used to produce furniture, artwork, fencing, and charcoal.

Hyndburn’s ‘Woody’ community interest company is already undertaking horse logging, a traditional method of woodland management, used extensively throughout the country until mechanisation meant the use of larger machines.

The technique gently manipulates the ground surface which encourages the regrowth of seeds that have for many years been shaded out by the dense tree cover.

There will be a public demonstrations of ‘horse logging’ on Saturday morning with public charcoal making organised by ‘Woody’ to follow.

Visitors are advised to travel to these event by foot as no parking will be available on site.

Borough leisure boss Ken Moss said “This new funding boost is great news and will be used to carry out lots of improvements including making the area more accessible, by improving footpaths which was the biggest issue people talked about during public consultations in 2013 and 2014.”

“It is exactly what the council should be doing, encouraging environmental improvements to valuable habitats.”

For more information about Saturday’s event or to get involved in volunteering in woodlands within Hyndburn, interested individuals and groups should email the borough’s trees and woodlands officer at philip.johnson@hyndburnbc.gov.uk.