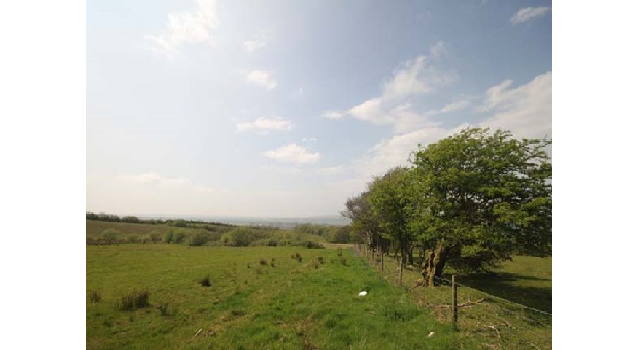 Last Friday the Woodland Trust completed the acquisition of 120 acres of rolling countryside in the Gwendraeth Valley near Kidwelly, to create a First World War Centenary Wood in Wales.

One of those delighted by this success is BBC journalist Huw Edwards, who said: “The part played by Welsh people in the First World War was significant – 40,000 of the 280,000 who went off to war never returned, and the lives of those at home were changed forever.

“Planting a 120-acre commemorative Centenary Wood in Wales would provide a place of reflection and remembrance for generations to come. It is a project I support wholeheartedly.

“The proposed site near Llanelli in Carmarthenshire has special significance for me – it is my home town, and it has known its share of economic pain in the past 30 years. Planting 90,000 trees and creating meadows of wildflowers will transform part of the landscape, creating a new home for native wildlife.”

Jerry Langford, Wales Director of the Woodland Trust added: “We’ve been overwhelmed by the support for idea of creating a Centenary Wood in Wales. Altogether, some £400,000 has been given by many hundreds of people of people across the country.

“We’re hugely grateful for each and every donation. The task now is to work with the local community to plan and create the new wood. Of course we also need to raise the remaining £100,000 to fully fund the acquisition.”

He continued: “The Woodland Trust had already managed to secure land to create Centenary Woods in England, Scotland and Northern Ireland.

“The successful purchase of this land at Ffos Las is therefore a huge milestone for the project, paying a fitting tribute to all of those who served in the First World War in each of the four nations of the UK.”

The Woodland Trust launched its campaign to raise funds to create a First World War Centenary Wood in Wales in June this year. The Trust is keen to create a beautiful and poignant new woodland which will incorporate, besides trees, rich carpets of wildflowers, including the iconic Flanders poppy.

The flourishing wood should become a haven for local wildlife such as the song thrush and pipistrelle bat. The total cost of the whole project is around £1.2 million.

The Trust will be working with the local community to make more detailed plans for the new wood, Coed Ffos Las, and on 7 March next year there will be a public planting event to which everyone will be able to come and plant their own tree. Local schools will be invited to get involved, both in spring and autumn next year.

The Centenary Woods project  in Wales is not limited to the Gwendraeth Valley alone, however. In addition to the 90,000 trees to be planted at Coed Ffos Las, over 150,000 free trees will be offered to Welsh schools, community groups and youth groups for planting, and the Trust hopes that landowners and communities across the country will get involved to create hundreds of new woods containing millions of trees.

These symbolic trees and woods will transform the landscape into rich, vibrant and flourishing woodland and will stand proud as a lasting legacy for those who fought, those who lost their lives, and also for their loved ones on the home front who supported them from afar.

Mike Coupe, Sainsbury’s CEO, said: “We’re pleased to support such a fitting memorial to those affected by the First World War. It’s important to our customers and colleagues, and commemorative to the colleagues who fell during World War One.

“As well as choosing our high welfare Woodland products, our customers know they’re also playing a part in a great cause that we’ve supported for 10 years.”