The hunt is on to find the ‘Tree of the Year’ 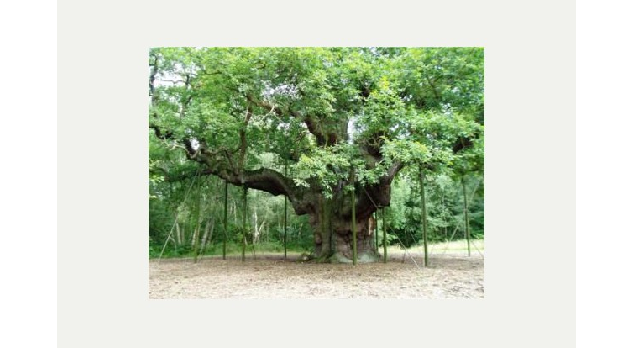 They are responsible for countless pub names, gripping folk yarns, children’s games, the birth of our trade unions and even the logos of political parties – it is fair to say that the British are fond of their trees.

And now our oaks, ash, sycamores, larch and horse chestnuts are finally being celebrated as England is asked to vote for its favourite tree.

The Woodland Trust has launched the ‘Tree of the Year’ competition to mark our enormous collection of beautiful, historic trees, but also to draw attention to the unprecedented threats trees face from disease, pests, development and vandalism.

Trees, to put it mildly, have had it tough recently. The ongoing threats of fatal diseases from ash dieback to acute oak decline, coupled with the aborted government attempt to sell off public forests, have seen our treescape face its biggest challenge since Dutch Elm Disease ravaged the countryside in the 1970s and ’80s.

This is a travesty, as the British have a long and venerable tradition of worshipping our wonderful trees – which is why the Woodland Trust is now giving the public a chance to put this righty by voting for their favourite tree.

Nominated trees don’t have to be ancient – a tree of any size, species or age can be chosen, whether it has a link to a significant date or person or was simply the horse chestnut under which you played ‘conkers’ as a child.

One tree species in particular looms large over our history. The English Oak, Quercus robur, still continues to hold a special place in the psyche of the nation, which has transcended down the ages.

Worshipped first by the Druids, the oak, with its strong, straight timber proved itself the backbone of the British Navy and subsequently of the British Empire. As the dominant tree in England, until it was exploited for its timber, oak was used to build the great warships of the Navy and trading ships of the Merchant Navy – it’s estimated that it took 2,000 trees to make just one ship. The oak therefore became a potent symbol of ‘British-ness’ and strength, a symbol adopted by the Conservative Party when they chose the tree to replace their torch logo in 2006.

The UK is still an oak stronghold – possessing more ancient oaks than any other country in Western Europe with a large number of trees well over 500 years in age. Folklore surrounding some of these trees still resonates today. The Major Oak in Sherwood Forest was thought to have been a hideout for Robin Hood.

But a far more important oak to the nation’s army of beer lovers must surely be a tree in the village of Boscobel, Staffordshire, which became known as the Royal Oak. The name derives from the events after the battle of Worcester in 1651, when King Charles II and the Cavaliers were beaten by the Roundheads. The fleeing King hid in Boscobel’s giant oak, escaping detection. He subsequently declared May 29 as Royal Oak day to celebrate the restoration of the monarchy. Pub names have never been the same since.

With its connections to royalty and conservatism, the oak meets its historical match with the rowdy, left-leaning associations of the sycamore, for this imposter from central Europe is credited with starting the trade union movement. Farmworkers in the Dorset village of Tolpuddle held their union meetings under a sycamore on the village green in the 1830s – a practice for which the ‘Tolpuddle Martyrs’ were later deported to Australia. The TUC adopted the tree in the 1960s. Once selected, the ‘Tree of the Year’ will do battle with Europe’s finest in the conservation world’s equivalent of Eurovision – the ‘European Tree of the Year’ competition.

Woodland Trust ‘Tree Hunter’ Rob McBride explains: “I have personally seen many of England’s oldest, most fabulous trees and now is the time to show Europe just how amazing they are. With our fantastic array of significant trees we have a great chance of winning the competition.”

Perhaps one of the country’s biggest concentrations of ancient trees, Savernake Forest, near Marlborough in Wiltshire contains literally thousands of noteworthy specimens. Found close to the A346 on the western edge of the forest, the Big Bellied Oak is the most well-known. With a girth of over 11 metres, the sessile oak is said to date from before the time of William the Conqueror. One famous story suggests that devil worshippers are able to summon him by dancing around the tree; some suggest that they have to dance around it a dozen times and others than they also have to be naked.

Probably the most famous old tree in the country, the Major Oak is anywhere between 800 and 1,000 years old. Folklore suggests it was used as a hideout by Robin Hood and his merry men, however as legend suggests they were active in the 12th or 13th century this would make the Major Oak a mere sapling at the time.

One of the most famous avenues of ancient trees in the country, the 400-year-old sweet chestnuts at Croft Castle are said to have been established from seeds which were salvaged from a wrecked Spanish Armada ship.

Credited with starting the trade union movement, the Tolpuddle Martyrs were a group of farmworkers who met under a sycamore tree in the Dorset village of the same name in the 19th century to discuss their lack of wages. They were ultimately deported to Australia but even today the site is one of pilgrimage for those who have followed in their footsteps.

Found in the back garden of a Lincolnshire farmhouse, the Bowthorpe Oak is one of the oldest pedunculate oak trees (pedunculate is a subspecies of oak tree like sessile oak or English oak) in the country. Said to be over 1,000 years old the tree has supposedly hosted tea parties within its hollow trunk for as many as 39 people.