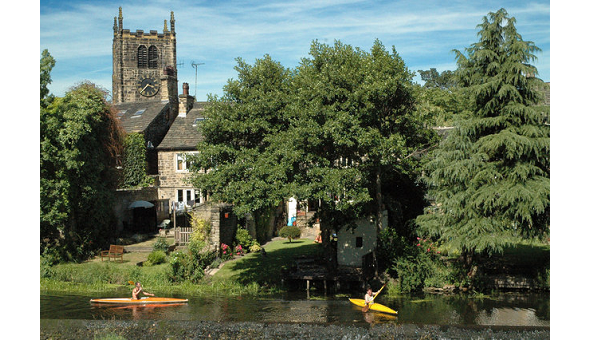 Proposals to plant ‘many hundreds of thousands’ of new trees along the River Aire catchment form part of an ambitious range of measures to help protect Leeds against the future threat of flooding.

A report released today to be considered by Leeds City Council’s executive board at its meeting at Civic Hall next week (September 20) proposes a variety of measures to be carried out as part of the second phase of the Leeds Flood Alleviation Scheme.

With the £50m first phase of the scheme which has introduced state-of-the-art new flood protection for the city centre, Holbeck and downstream at Woodlesford set to be completed next month, Leeds City Council working with the Environment Agency and BMM jV Limited have now released details of the further measures required for phase two.

The plans represent the outcome of an extensive survey and feasibility study of the river catchment carried out by Leeds City Council and the Environment Agency following the devastating impact of Storm Eva at Christmas 2015 to determine the level of future protection needed to provide vital reassurance to residents and businesses.

The proposals brought forward include measures further upstream including the Kirkstall corridor which was badly hit by the floods. It also looks at areas beyond the city boundary to further reduce the possibility of the river flooding in Leeds, as well as additional measures to offer protection for the South Bank area of the city centre which is a key future economic driver for Leeds.

The range of measures proposed are a mixture of Natural Flood Management and new infrastructure including:

“After the devastation caused by the Christmas floods we agreed with the government and other agencies to carry out a comprehensive catchment-wide study which was clearly needed. With government funding and working closely with the Environment Agency, Leeds City Council has now concluded that study and these proposals would provide the level of protection needed which the government said it would provide.

“Following phase one which is nearing completion in the city centre, these plans take in a range of natural measures combined with engineering to provide further essential protection for Leeds.

“Working together with the government and all partners and agencies across the region is the only way to get the protective measures in place we need to give people and businesses confidence the impact of the Christmas 2015 flooding on our communities will not be repeated.”

The report calls for approval to put forward a business case to the government to invest an initial £3.4million in advanced works including tree planting, vegetation and channel clearance between Rodley and Leeds Rail Station as well as the Stourton defences and the removal of a redundant bridge at Milford Place and a platform under Gotts Bridge.

It also calls for further engagement with stakeholders on the broader measures with all of the works on phase two estimated to cost approximately £101million in total.

The plan for phase two is then for an overall business case for the entire scheme to be submitted to government by the end of this year which if approved could see work on the major elements begin early in 2019.

“These proposals very much take a ‘natural-first’ modern and sophisticated approach to flood protection measures. With phase one the moveable weirs are making use of the latest technology, with phase two engineering is still a key part but where possible we want to use natural flood management measures and let the landscape effectively do the job for us.

“Planting thousands and thousands of new trees across the region seems simple but will bring massive benefits not only in terms of flood protection but also to air quality and for wildlife, so we very much look forward to seeing these plans develop.”

The impact of Storm Eva in Leeds at Christmas 2015 affected 3,355 properties in Leeds, of which 672 were commercial businesses. The direct cost to the city was an estimated £36.8million, with the cost to the wider city region being more than £500million.

To see the executive board report, go to http://bit.ly/2wUqBa9 (agenda item 14).