Hundreds of new trees to be planted in Morpeth by council 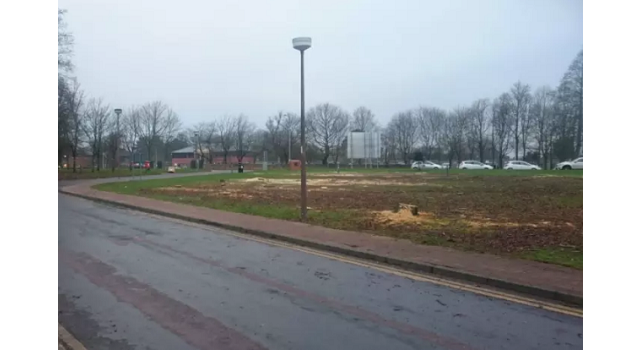 Northumberland County Council is to plant more than 300 new trees in Morpeth – in part to meet a Forestry Commission requirement to replace those felled at the County Hall site.

The initiative will involve a total more than 330 new trees being planted at Deuchar Park and Stobhill over the next nine months, significantly increasing the number of trees in the town.

While native woodland tree species will form the majority of the planting, including flowering cherry, rowan, birch and oak, a range of up to 16 exotic tree species will extend and diversify the existing arboretum at Deuchar Farquar Park.

Councillor Ian Swithenbank, cabinet member for local services, said: “The tree-planting scheme forms part of our management strategy for our trees and woodlands. When we remove trees, we always seek to replant twice that number.

“It also addresses the Forestry Commission’s requirement for replanting in response to the recent felling of 90 trees at the County Hall site to make way for the new Morpeth First School. Although we remain of the view this tree felling was covered by rules that exempt open space from the need for a felling licence, we accept that the Forestry Commission does not share this interpretation and are not contesting their replanting requirements.

“We are happy to bring forward plans to improve the tree cover in this area of the town and will be planting more than three times the amount we removed.”

Earlier this month, planning permission was minded to be approved for a new Morpeth First School on the County Hall site, which would make the removal of the trees necessary. However, it was confirmed last week that as part of government intervention, a holding direction has been issued ‘in order that no decisions can be issued while a full assessment for call-in is undertaken’.

Councillor Joan Tebbutt, of Morpeth Town Council, and a member of the South Morpeth Coalition, said: “The conclusion of the Forestry Commission investigation comes as no surprise. The trees should not have been felled ahead of the planning application for the school being determined.

Following the planning committee decision, council leader Grant Davey, said: “We live in a democracy and people have every right to protest, but the Government is clear that neighborhood plans are not there to prevent development from taking place. As a council, we are committed to supporting the creation of thousands of new jobs and with that brings the need for more housing and the requirements that brings, such as places to shop and eat.”