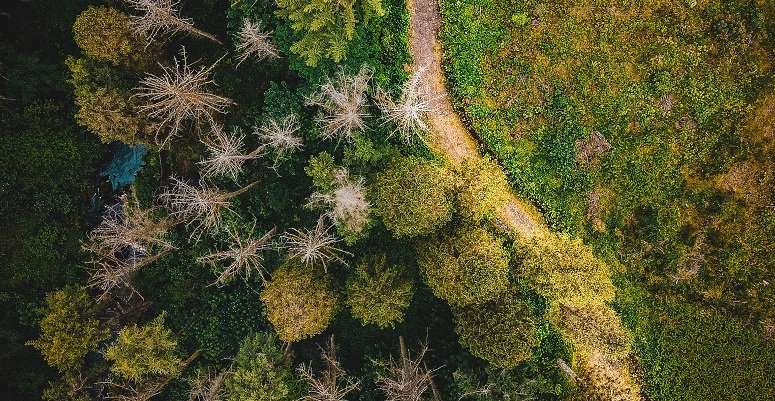 The statistics, which reveal a near doubling in the value of tree imports since 2016, came a day after the Forestry Commission announced that a new tree disease – Phytophthora pluvialis – has been found in Cornwall, the first time it has been identified in Europe.

The country’s increased reliance on imported trees has led to at least 20 serious tree pests and diseases being inadvertently imported into the UK since 1990, resulting in the loss of tens of millions of trees.

Nick Phillips, principal policy advocate for the Woodland Trust warned: “It is not yet known how Phytophthora pluvialis arrived in Cornwall, but yesterday’s discovery is a reminder of the vulnerability of the UK’s trees to deadly pests and disease. This news, coupled with today’s figures revealing our dependency on cheap tree imports, must serve as a wake up call for tough new Government policy or risk losing tens of millions more trees.”

More than 100 million ash trees are expected to be lost to ash dieback at a cost of over £15bn. This comes at a high price for nature too, with more than 900 species found on ash trees – 40 of which cannot be found elsewhere.

Mr Phillips continued: “We know current policy isn’t working. In 2019 alone, oak processionary moth – which not only damages oak trees but is harmful to human health – was missed and imported more than 70 times into the UK!”

The charity warns that without tough new biosecurity policy, the Government also risks jeopardising its own targets of reaching net zero carbon by 2050 given tree planting is an integral part of its plans. Since leaving the EU, the Government has been drawing up new biosecurity legislation which is currently out for public consultation.

Mr Phillips again warned: “Our trees and woods face a growing threat from imported pests and diseases. Whole ecosystems are in the firing line unless the Government gets serious about biosecurity.

We need investment now in UK nurseries to enable them to grow the trees required for government tree planting targets and avoiding importing more pests and diseases.

“We need millions of new trees to help tackle climate change. This is hard enough, but by importing diseases that attack existing trees, we’re making this challenge even harder and damaging important habitats in the process.”

The charity today launched a campaign to encourage the public to respond to the Government’s Plant Biosecurity Strategy consultation before it closes on November 30. Councils and private landowners face huge financial burdens of managing pests and diseases.

“If more diseases took hold, landowners would be expected to foot the bill of managing or removing affected trees. We are already aware of the financial burden on landowners of dealing with ash dieback.”

There are at least 127 tree pests and diseases that are considered high risk to the UK. If imported into Britain, 47 of these could cost over £1bn each to tackle and wipe out millions of trees.

In order to ensure that the trees that the Woodland Trust plant and sell are not imported, the charity established its own assurance scheme, known as UK & Ireland Sourced and Grown (UKISG).

This enables the Trust to work with UK nurseries to ensure a secure supply of trees that have been produced within the UK and Ireland (required for planting projects in Northern Ireland). The charity now urges Government and others to specify UKISG trees to help reduce the risk of importing new pests and diseases.

To take part in the consultation to demand more robust policy to protect the UK’s trees and woods, visit woodlandtrust.org.uk/biosecurity