Huge ancient oak tree to be felled in Westonbirt Arboretum 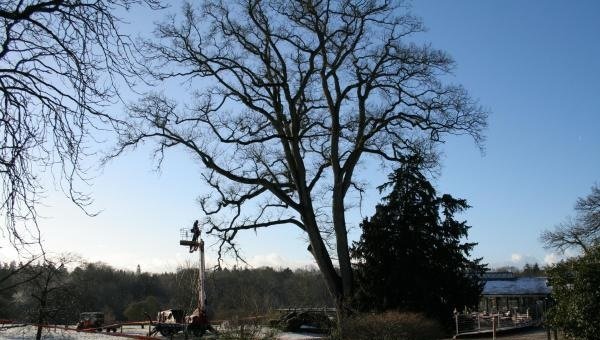 Work has begun to fell a huge and ancient oak tree in Westonbirt Arboretum.

The tree, a Common Oak near to the arboretum’s restaurant, has been in place since before the arboretum itself was established but has gradually become unhealthy.

One of the arboretum’s curators Mark Ballard explained that the tree has been having annual inspections for some time but that the tree is suffering from a number of ailments.

Mr Ballard said: “On the main stem there are bracket fungi as well as cracks and stem bleeds that are all signs of internal decay. Unfortunately, the soil around the roots has been compacted by lots of tiny feet over the years too.

He added: “As ever, saying farewell to an old tree such as this does present us with an opportunity – we will use the vacated space to improve the landscape here in the future and to plant more specimens.”