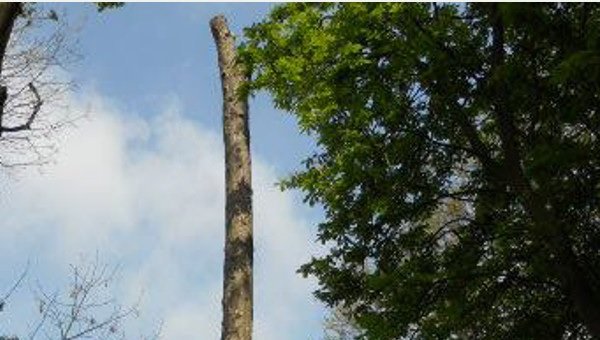 ONE of the country’s biggest housebuilders has been rapped by Stafford magistrates after a tree surgeon was fined for damaging a protected pine tree.

Magistrates were told Daniel Smith used a chain saw to remove the branches from a Corsican Pine – which was protected by a tree preservation order – ready for it to be cut down. They said “a lot of the responsibility” lay with Taylor Wimpey for not identifying the tree on their plans.

The work was being undertaken on the land at the town’s Rotherwood Drive as part of a housing development for Taylor Wimpey.

Julie Simpson, prosecuting for Stafford Borough Council, said the tree would not recover from the “pruning” which had destroyed its aesthetic value for the public.

The damage came to light after concerned local residents contacted the borough council about tree works taking place on the site off Rowley Avenue.

Smith, aged 26, said he believed the plan he was following showed that the pine was to be felled – although he said the work was being carried out without any trees being marked or tagged, which would have been the normal procedure.

Stafford Magistrates were told plans provided by the developers, Taylor Wimpey, for the works to be carried out did not identify the Corsican Pine as a protected tree.

David Anderton, defending Smith, said: “In a situation where there is a major UK company, employing a tree consultant, entering in to a contract for tree work, it is not usual for a contractor to carry out an independent document search to verify the information – which would involve an examination of both the planning permission conditions and drawings as well as the tree preservation order.

“In fact none of these documents was made available to Mr Smith. The documents which were made available, namely the tree work drawing and tree protection plan, failed to identify the Corsican Pine in question as a protected tree.”

He added: “He has been let down by Taylor Wimpey and the tree consultants. Their lack of care is the cause of this offence being committed.”

Sentencing him, Magistrates Chairman, William Hilton, said: “We accept a lot of the responsibility lies with Taylor Wimpey but you are an experienced tree surgeon and know that if a tree has not been marked it should not be touched.”

After the case, Councillor Frances Beatty, Cabinet Member for Planning and Regeneration at the borough council said they would not hesitate to prosecute anyone who damaged protected trees.

“Residents are rightly upset if trees are damaged or removed when there is no need to do so. I hope this latest case will serve as a warning that if we have enough evidence to bring a successful prosecution against someone, or a company, who has ridden roughshod over legislation in place to protect our trees, then we will do.