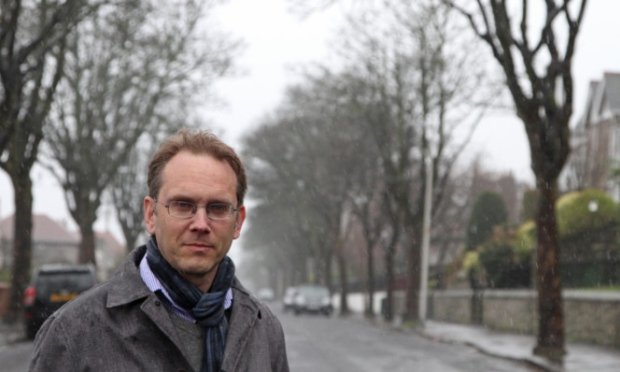 Dundee City Council has tried to allay the fears of residents of a leafy Dundee street after a “large number” of trees were mysteriously marked over the weekend, The Courier has reported .

Homeowners from Bingham Terrace became concerned that council officers planned to chop down a host of trees after noticing that several had been spray painted.

Neighbours were up in arms at the prospect after witnessing mature trees in surrounding streets being removed in recent times.

However, council chiefs have assured constituents that only two dying sycamores will be removed.

The rest, they say, will remain.

One resident, Hans Grabowski, contacted The Courier after spotting the unusual markings.

Mr Grabowski insists the outlook of his area would be negatively impacted should the trees be removed.

Urging the administration to protect trees by granting them preservation status, he told The Courier: “We noticed yesterday that a large number of trees in Bingham Terrace and Dalkeith Road – maybe half of them – have been marked with spray paint.

“We are concerned that the council is planning to fell these trees.

“Over the past few years some very large and very mature trees on Old Craigie Road were felled.

“Bingham Terrace is an attractive street but the street-scene and local amenity could easily be impacted if these trees are felled.

“Trees should only be felled if there is a very good reason for it.”

Mr Grabowski continued: “In my view, many of the trees should be protected with tree preservation orders.

“While new trees are being planted, they will take many years to mature and create the impact of the trees they replace.

“We object to the felling of any further trees in our street, unless they are diseased and beyond rescue.”

A spokesperson for Dundee City Council insisted that just two trees had been marked for removal.

He said: “We inspect all street trees in the city on an annual basis to ensure that they are in a safe condition.

“The most recent inspection in Bingham Terrace revealed that two sycamore trees are dying and these will be removed later this month.

“The remaining 60 or so trees will receive some light pruning.

“We take great pride in our trees and tree heritage and will endeavour to ensure this continues.”

To read the full story, please visit The Courier website by clicking here

Image courtesy of The Courier