Homeowner fined for cutting down trees in Epping 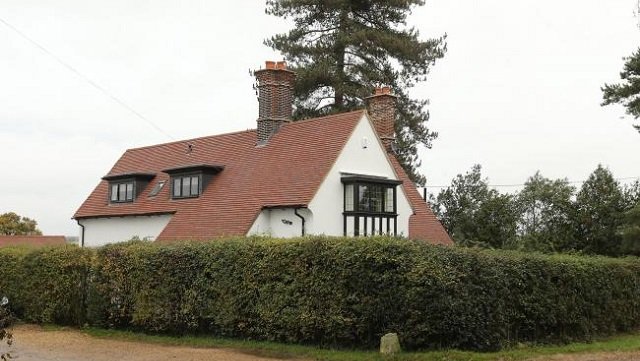 A homeowner has accused the council of taking an “aggressive stance” after he was fined £3,500 for cutting down trees.

Daniel Spicer, 54, of the White House in the Copped Hall Estate, Epping, removed holly and pines to improve views of the countryside and allow better access to cess pits as he renovated his new home.

At Chelmsford Magistrates’ Court on November 10, Mr Spicer and Nicholas Hagger of Loughton’s Fieldhouse Construction Ltd were fined £3,500 each and told to split costs of £1657.14.

They pleaded guilty to 13 offences of causing or permitting the cutting down of 11 hollies and two pines, and to one similar offence involving damage to a third pine tree, on June 22 this year.

Although there were no preservation orders on the trees, they were protected as they are in the Copped Hall Estate conservation area and prior approval is needed to remove them.

However, Mr Spicer said Epping Forest District Council officers failed to tell him the work was not allowed on two separate site visits, with the council choosing a “reactive rather than proactive” approach.

“Why didn’t they say anything?” he said.

“There would be a certain amount of trees left and no pain.”

“It is just common courtesy to let me know,” he added.

Council prosecutor Graham Oakley told the court that a member of the public informed the council trees were being cut down at White House.

Officers saw a man with a mini-digger clearing land at the property, which was being extended.

Site manager Mr Hagger said he had been instructed by Mr Spicer to remove the trees to open up the view to the rear.

It was estimated the holly trees were five to seven metres high and the pines about eight metres tall.

Mr Spicer told officers he had checked and found no tree preservation orders on the site.

Speaking to officers, he said: “I am very frustrated with myself that I have done something wrong.

“I wanted to open it up for the view and for access to the cess pits.”

Following the trees’ removal, Mr Spicer said the council took an “aggressive stance” to extract the biggest fine as possible, despite his assurances that the trees will be replaced during the next planting season.

He was not told how conservation area designation affected the trees, Mr Seeley said.

The holly trees were overgrown and so closely planted that they were more like a hedge than individual trees, he added.

However, the magistrate said ignorance of the law is no defence during sentencing last week.