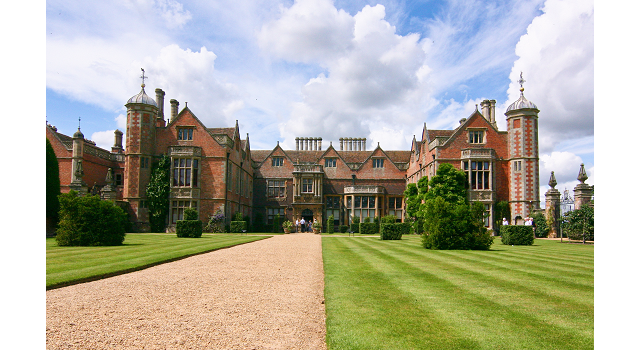 An historic tree-lined avenue is set to be restored at Charlecote Park.

The National Trust, which cares for the 16th century country house and surrounding park, plans to carry out the project over the next five years.

When completed it will re-create the approach to the house which visitors used to enjoy for 400 years but which has been missing for over half a century.

In addition, important outbuildings telling stories of hardworking household staff from the turn of the century will be opened up for visitors to explore.

The work has been made possible by the purchase of an eight acre parcel of land opposite Charlecote Park off Dog Kennel Lane and next to the existing car park.

In private hands for some years, the land has given the trust the space and opportunity to continue to conserve Charlecote and its parkland.

Work to re-create the avenue of trees has already begun, with the removal of modern planting.

Over the next 12 months, outbuildings within the historic Wood Yard will be opened up to visitors, including buildings which were previously stables and a deer larder.

Kellie Scott, general manager of Charlecote Park, said: “Each year we welcome over 200,000 visitors who enjoy an evocative Elizabethan house and wonderful parkland but it puts a great strain on our infrastructure and historic fabric, as the numbers of visitors has doubled in the last ten years.

“Being able to spread out across an additional eight acres will relieve a lot of the space challenges and congestion for Charlecote Park. The improvements would allow our visitors to move around the park more, enjoying different aspects of what this beautiful place has to offer and help us to preserve the place for the future.”

A new café is also being planned, and a further stage of work would see the car park extended, together with new toilets.