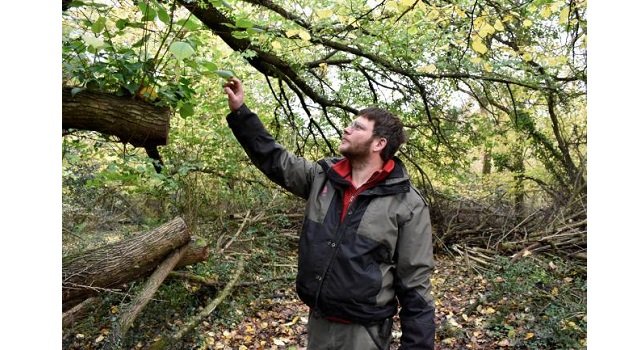 A historic elm has been cut up as thieves steal four tonnes of timber from a private woodland.

The wych elm, believed to have been hundreds of years old when it was brought down by high winds four years ago, had been left to regenerate naturally.

National Trust officers, who manage the Purbeck site, say the elm had revealed signs of recovery – including the appearance of new shoots.

Jonathan Kershaw, a manager with the National Trust, says the wych elm’s recovery has been put at risk by the thefts.

Mr Kershaw said: “Taking timber from private woodland without consent is illegal, and some people may not realise fallen trees can live on if they still have roots.

“Even dead wood is an important habitat for fungi and invertebrates and should never be taken away without permission.

“These wych elm are particularly important because so few of them remain in the UK as mature trees, and they are home to one of Purbeck’s few remaining colonies of the white-letter hairstreak butterfly.”

According to the National Trust the thieves used chainsaws and an all-terrain vehicle to carry off the timber, which will most likely be sold as firewood.

A number of smaller trees and undergrowth was cleared to make a pathway into the dense woodland.

“It makes me so sad that this has happened just because someone wanted some firewood,” said Mr Kershaw.

Wilderness Wood is home to around 15 wych elm, a close relative of the English elm, and together they form an important reminder of the landscape before Dutch elm disease decimated British trees in the 1970s.

Among other trees targeted was a centuries-old oak which, like the elm, had fallen but was showing signs of recovery.