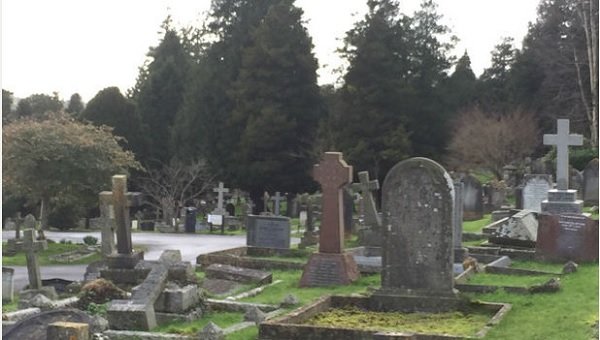 An historic contract signed 40 years ago is to cost Mendip District Council thousands of pounds as it prepares to fell five trees in Shepton Mallet Cemetery.

At a meeting on Monday, cabinet was faced with the news that during the mid 1970s the council sold a large number of empty burial plots in the cemetery to what was referred to on the agenda as “a prominent local family”.

It is currently unclear which family this refers to, but the councillors were told plots are gradually being used as family members pass away.

However now trees which were young and small when the contract was signed some 40 years ago have reached maturity and grown so much that most of the unused plots have been rendered unusable.

The size of the trees, as well as the spread of their roots, means that the majority of the plots cannot be used.

And the family has made it clear to Mendip that it is extremely unwilling to consider alternative locations for future burials.

The family also said that it expects to have the use of the plots that it has paid for being adjacent to their forebears.

Mendip has consulted the lawyers and says it finds itself unable to renege on the legally binding contract it signed with the family in the 70s, and is obliged to make the plots available for future burials of family members.

And the only course of action for making this happen is to fell the five large conifers in the cemetery which are impeding the plots, and removing their rootstocks.

As part of the process, other trees will be planted in better-suited locations in the cemetery.

The council has put aside £15,000 for the job, which will be carried out by a contracted tree surgeon, although consent is required because the trees are in a conservation area.