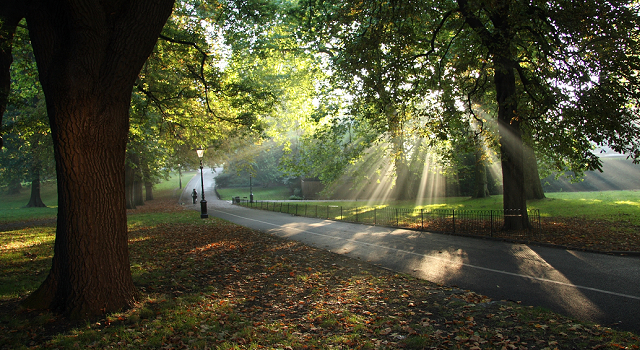 New research and report by Treeconomics values the benefits of the trees in Hyde Park as having an amenity asset value of a staggering £173 million.

London’s Hyde Park is known all over the world and attracts over 12.8million visitors each year. The magnificent London Plane trees present in the park are statuesque and symbolise the visual importance of the tree species to the capital. The aesthetic benefits of the these and all the other trees in the park are clear. What is not quite as obvious is the many, many other benefits the trees provide.

A new report, commissioned by the Royal Parks and prepared by Treeconomics, is published this week. The report details the tree species present in the park and examines the less well- known but copious  benefits the trees provide.

The tree population of the park, which is composed of some 104 species from 45 genera, removes some 2.71 tonnes of pollution per annum, stores some 3872 tonnes of carbon, sequesters some 88 tonnes of carbon each year and facilitates some 3.6 cubic metres of avoided storm water run-off by intercepting rainfall.

The total value of the benefits measured amount to an annual figure of some £209,000.00 with the tree population of the park having a total amenity asset value of £173 million.

Royal Parks Tree Manager Ian Rodger commented ‘This report places an amenity value of £52,378 each on some of our Plane Trees.  I have come to believe in the practice of putting a monetary value on trees and this proves they are worth every penny!’.

The principle author of the report, Kenton Rogers of Treeconomics, suggests that such reports give a greater understanding of the value of trees and provide tree managers with the information they need to successfully manage their tree populations sustainably. He adds, ‘It was a pleasure and very rewarding to work with the Royal Parks on such a prestigious site. Identifying the benefits trees provide and quantifying those benefits in monetary terms reinforces how important trees are to society as living assets which increase in value with age and size’

For further information please go to www.treeconomics.co.uk/hyde-park.  A copy of the report can be downloaded there.