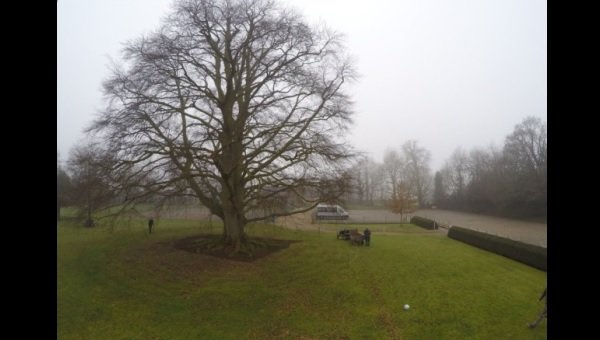 Staff and students at a Hethersett school have said farewell to a 300-year-old beech tree which has stood in its grounds since it opened.

The tree at Hethersett Old Hall School is proudly displayed on the school’s logo, but was felled during half-term after experts deemed it unsafe.

Stephen Crump, headmaster, said: “Trees are the oldest living things we meet in everyday life. Our ancient beech was a beautiful tree in all respects and last autumn it put on one of the best displays we’ve ever seen – its fiery red and gold leaves were just magnificent. It’s as if the tree knew this would be its final season.”

An ultrasound examination revealed extensive rot and splits in the two-metre-diameter trunk of the ancient copper beech. Selected parts of the tree have been saved – with hopes of turning them into a lasting memory.

Mr Crump said: “We hope to make some mementoes out of the wood of it once it has been properly seasoned, and some pupils and parents have already asked if they can keep a piece as a souvenir.”

It is hoped that – a few centuries down the line – a scion of the tree planted on the grounds will replace it.

Mr Crump said: “When Will Kemp, one of Shakespeare’s fellow actors, danced his famous jig from London to Norwich, there would have been a large farmhouse here. Soon afterwards, it became a rather grander gentleman’s residence, and the tree was planted as an addition to the grounds.”