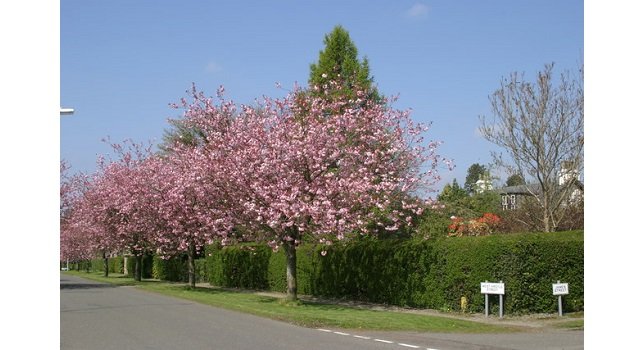 Much admired trees that line many of Helensburgh’s streets could become part of the National Tree Collections of Scotland.

That’s the hope of the Helensburgh Tree Conservation Trust, which has commissioned a new management plan to look at how best to look after more than 1,800 street trees around the town.

The convener of the conservation trust, Iain Duncan, believes the addition of one of Helensburgh’s greatest assets to the national collection would be a major boost for the town.

Mr Duncan said: “The National Tree Collections of Scotland are very interested in our street trees, and that’s one reason we need an up-to-date management plan.

“They would like to adopt Helensburgh’s trees as part of its collection, which in my view would be a very good for tourism and publicity.

“Most of the national collection is in big estates, large parks or substantial gardens – it doesn’t yet have any street trees or urban environments.”

The draft management plan is expected to be ready for the trust by the end of this month, and Mr Duncan said he hoped the final plan would be published by the end of February.

“We had a plan prepared 12 years ago, when the trust was founded, but that’s now out of date,” he said.

“Since then a lot of trees have died, but around 1,000 new trees have been planted.

“We need a plan to take us forward for the next 10 years and that’s why Buchan Landscape Architects and Donald McPhillimy Associates are consulting the local bodies involved for their opinions.

“The new plan is about how the street trees in Helensburgh can best be managed over the next decade.

“There are 1,832 trees in the streets of Helensburgh and it’s a major job looking after them. A lot of the trees are 80-plus years old and getting to the end of their natural lives. Some are dying due to disease, and we occasionally get a bit of vandalism.”

The Trust was formed 12 years ago in response to a lack of maintenance of the town’s street trees by local authorities.

The organisation now has around 200 members, and organises work parties during the summer to undertake smaller-scale maintenance and improvement. Outside contractors are employed for major replanting.

“We’re always trying to make the public aware of Helensburgh’s trees,” Mr Duncan added. “A lot of people just don’t appreciate how many there are and how many have been planted.

“There are about 68 different varieties at the moment, but a lot of them are cherries, and one of the things we want to consider is whether to vary the species we plant, because planting one species leaves them at greater risk of disease.

“The first record of trees on street verges in Helensburgh is in 1860, although major planting was started around 1910 by Dr J. Ewing Hunter, a local doctor and councillor.”

Image © Copyright Eddie Mackinnon and licensed for reuse under this Creative Commons Licence.