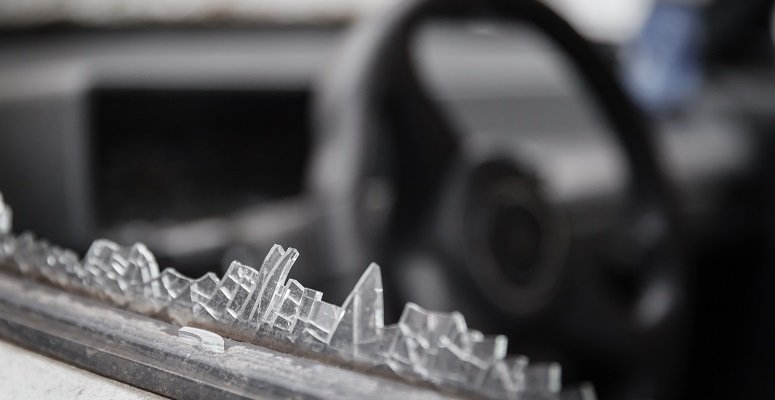 Burglars stole £20,000 of tools belonging to an arborist firm in Hampshire. It’s the seventh time in 15 years the company has suffered from tool theft

Westbeams Tree Care, based in Brockenhurst has suffered more than most with tool theft. Director Oliver Rickman said: “My life and business has been turned upside down.” He believes it was a planned raid and the burglars struck in the early hours of Easter Monday, using a white Volvo V40 estate.

They smashed the driver’s side window of a Ford Transit van that was blocking the lock-up where the tools were kept, before rolling it out of the way.

Mr Rickman ran outside after being woken up by burglar alarms, which were set off when entry was forced to the shipping container with a crowbar.

However, the three thieves had already removed a large quantity of tools and were driving off by the time he arrived.

“This break-in was clearly well orchestrated as they knew exactly what they had come for and that someone would be down here as we live on site for security,” Mr Rickman said. “It took me two minutes to get into the yard area, at which point the thieves had cleared as many of our chainsaws, hedge trimmers, pole saws and leaf blowers as they could. I was 10m away from them and their car as they sped off shouting at me through the window.”

He called the police, but was told officers could not pursue the thieves as they had already left the area.

Although an investigation has been launched by the police, Mr Rickman said: ““Even though the police are investigating, I feel an extreme lack of confidence in them and the powers and availability they have for dealing with this type of crime,” he continued. Not only do these crimes have a financially detrimental impact on business owners, but from an emotional point of view it is a real blow.

“It is costly recovering from these crimes, and every time it happens we have to increase our security.” He has since added further security measures including extra CCTV and alarms linked to motion and noise detectors.

Mr Rickman added he was grateful to members of the community who had “overwhelmed” him with support since the tool theft. Many have offered to loan their equipment.

Anyone with information about the break-in should contact Hampshire police on 101, quoting crime reference number 44210127216.

Images relating to the crime can be seen at the Westbeams’ Facebook page at https://www.facebook.com/WestbeamsTreeCareAndFirewood/