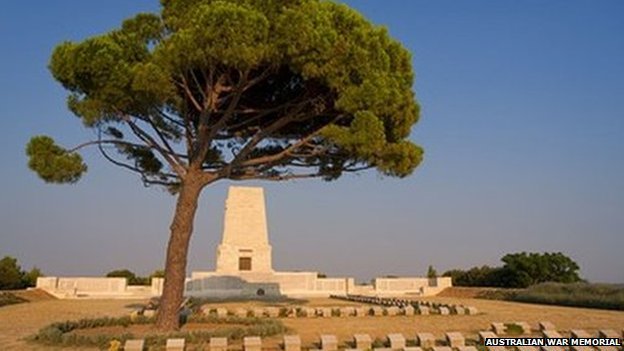 Plans to plant 100 trees across Hampshire and the Isle of Wight as “living memorials” to those who died during the World War One Gallipoli campaign have been revealed.

It aims to mark the centenary of the campaign.

The Royal Navy project, led by reserves officer Martin Heighway, has been sponsored by the county council.

The Gallipoli campaign, in which more than 100,000 personnel died, was fought between April 1915 and January 1916 in what is now Turkey.

Following the capture of Lone Pine Ridge, Cpl Benjamin Smith of the Australia and New Zealand Army Corps (ANZAC) pulled a souvenir Aleppo pine cone from a Turkish trench and sent it to his mother in New South Wales, the Royal Navy said.

After 13 years, she produced two plants from it, with one being planted at Australian War Memorial, Canberra, in 1934.

Mr Heighway, whose grandfather fought in the campaign, hopes to plant the pines in areas in Hampshire and on the Isle of Wight which have links to Gallipoli.

“I found the idea of extending the Lone Pine metaphor to the modern day enchanting,” he said.

“Young men from the RND [Royal Naval Division] sacrificed a great deal. As a tree grows, so may the memory of that sacrifice grow and eventually self perpetuate.”

The pines will be funded as part of the Military Covenant programme between Hampshire County Council and Hampshire’s military community.

The Royal Navy is seeking organisations interested in planting a pine.

Places already earmarked include HMS Sultan in Gosport, which has links to Bay House School, and Portsmouth’s HMS King Alfred.