Haltwhistle: More trees please, but not near the wall 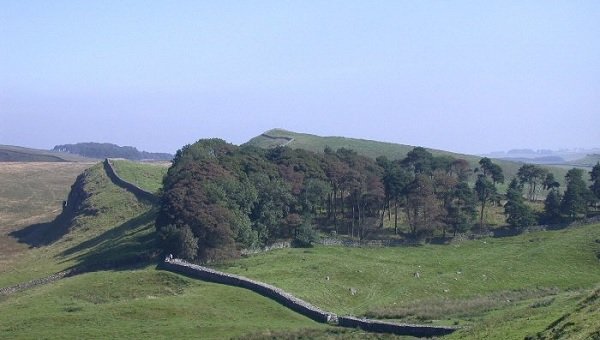 Just days after the launch at Hexham of a £28m national drive to plant more trees in the region, Northumberland National Park Authority has objected to plans for a 110-acre conifer plantation close to Hadrian’s Wall.

The park authority decided to object on Wednesday to the scheme at Wallshield, north of Haltwhistle,because of the proposed plantation’s significant impact on the landscape character of the Hadrian’s Wall corridor.

Members were concerned about the impact on nationally important ground-nesting birds in the area and noted that the scheme would more than double the existing woodland cover in the Thirlwall Common area.

There was also concern about the effect on people’s enjoyment of the national park.

Authority chairman Coun. John Riddle, of Bellingham, said: “The authority is aware of the great opportunity that woodland creation represents, but we have to be mindful that proposals do not undermine the special qualities of the national park – such as landscape character and the natural and historic environment – and do not impact on access and the rights of way network that is so critical to the visitor economy.”

Northumberland National Park’s 405 square miles (1,030 kms2) is an open landscape of expansive vistas known as “the land of the wide horizons”, comprising mainly grassland, moorland and bog, with less than a quarter comprising woodland, of which 82 per cent is conifer plantation.

Coun. Riddle went on: “This authority has a strong track record of supporting woodland creation and has a stated aim to increase native broadleaf woodland in the national park over the next 35 years on the principle of the right trees in the right places.”

He said the authority was aware of the need for new woodland creation in the recently-published report about the future of Northern forests Roots to Prosperity and was keen to work positively and pro-actively with others to map opportunities for new woodland across the Northumberland Uplands.

But, he went on: “Commercial forestry is an important part of the rural economy in many parts of the park, but it is a fine balancing act.

“We have to ensure that new forestry proposals are not detrimental to the upland moorland landscape, wildlife and special qualities of the national park that residents and visitors cherish.

“We feel that the Wallshield proposal in the Hadrian’s Wall World Heritage Site buffer zone is inappropriate and could be extensively damaging to the long-term interests of the landscape and special qualities of the national park and to the local tourism economy.”

Landscape and forestry officer for the authority Robert Mayhew, added: “With such a significant imbalance of conifer to native broadleaved woodland already in the area, we encourage the expansion of well-managed native woodland that is in keeping with the traditional upland landscape and has the potential to enhance biodiversity or become a source of local wood fuel in the future.”

Crispin Thorn, Area Director for the Forestry Commission said: “We have been consulting with the Northumberland National Park since we received the application, and it has lodged a sustained objection against the woodland creation.

“The objection and application will be now considered by the local, independent Forestry and Woodlands Advisory Committee as part of the grant application consultation process. To allow them to do their job fairly and without distraction, we will not be commenting in detail publicly on this scheme until it has made its recommendations.”