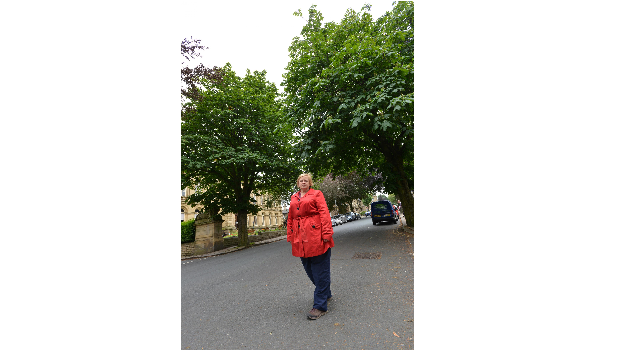 CAMPAIGNERS fighting to save trees which line a historic street in the village of Saltaire are gearing up to make their case at a crucial meeting.

Bradford Council decided earlier this year that the trees in Victoria Road should be removed, as part of £700,000 plans to make the area more pedestrian-friendly.

But campaigners who hope to save at least some of the trees will hand a petition in to the Council’s regeneration and economy overview and scrutiny committee on Wednesday.

They aim to convince the scrutiny committee to ‘call in’ the council’s decision to press ahead with the plans.

If the committee agree to call in the decision, this wouldn’t force a U-turn, but it would mean the authority would have to re-examine its original decision to see if it was the right one.

Saltaire Village Society’s committee has suggested that the large trees could be kept where they did not cause a serious problem, while smaller trees could replace those removed.

Its chairman Vanessa Pilny previously said: “I’m sure the community and council working together can come up with a middle ground that most people will accept.”

The trees, a mixture of horse chestnut, copper beech, Norway maple and rowan, were planted in the 1950s, but are now causing damage to the pavements.

Up to eight smaller replacement trees could be planted near the almshouses at Alexandra Gardens, a new report going before the committee says.

The report also warns that the funding for the scheme has already been cut by £30,000 and that any further delay could jeopardise the rest of the money.

Councillor Val Slater, executive member for planning at the Labour-led council, said the plan was designed to make Saltaire more accessible for wheelchair users or people with pushchairs.

Cllr Slater said: “The funding was from the council’s capital allowance and when it as first agreed, it was for a three-year period of £250,000 a year.

“Obviously, as things in the council get worse, with the austerity and the funding gap we are faced with, if you don’t get things banked and spent then there is a likelihood that people will say we have got a more important project, or that we have changed our priorities.”