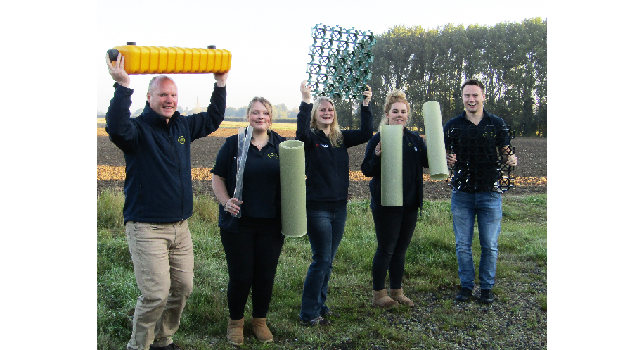 Heralded as their most successful year to-date, achieving a record £10.6 million turnover, Green-tech’s head count is now in excess of 50.

Earlier this year it was announced that Green-tech signed a deal to be headline sponsor of the BALI National Landscape Awards for the next 3 years. This deal reinforced their commitment to the association and industry as a whole and reaffirmed the high esteem in which the company is held.

Green-tech is a regular contributor at industry events and exhibitions and has supported an unprecedented number this year, the latest being as headline sponsor of the upcoming North’s largest landscaping exhibition, Landscape Live 2015.

The company is in the process of relocating their entire trading operation to new purpose-built premises, known as Rabbit Hill Park, just of the A1 in North Yorkshire between junctions 47 and 48. The new premises, costing in excess of £3 million will comprise Green-tech’s head office, warehouse and distribution facility and trade counter.  The forward-thinking firm has also built offices and has meeting rooms and facilities available for smaller or start-up businesses to rent.

“I am overjoyed at our present position. It has been a tremendous year for Green-tech.  Exceeding the £10 million turnover milestone has been a personal target of mine so I am delighted that our hard work has paid off.  We are already looking forward and planning our next milestone which is to reach £20 million turnover in the next five years so watch this space and expect big things from Green-tech.”