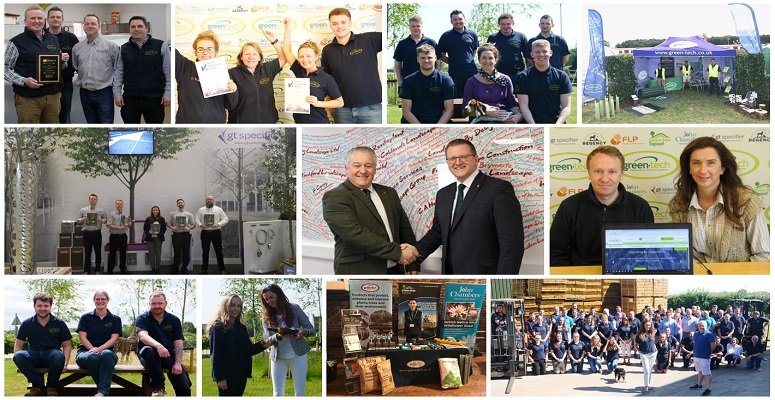 Leading landscape supplier Green-tech is celebrating a bumper year since its formation in 1994.

Green-tech has enjoyed 12 consecutive record-breaking months; a first for the company. February was the ultimate high when they achieved an unprecedented £1.6 million of sales.

The company is expecting to end their financial year with an annual turnover of £14.5 million, up 14.5% on last year.

Green-tech’s head count has continued to rise as predicted and they have plans to expand to 90 staff by the end of the year.

The sales team is their largest team with further growth scheduled. Green-tech successfully took on a number of Apprentices earlier this year and are planning to take on more to provide the skilled workers that they believe will be the future.

Green-tech will be celebrating its three-year anniversary in November at their purpose-built premises, Rabbit Hill Park in North Yorkshire. Since moving to the Business Park Green-tech has undergone extensive planned growth with aims to reach turnover of £20 million within the next few years. Planning permission has been granted for a further three warehouses and additional car parking that the company will need to meet demand and accommodate its growing workforce.

Green-tech has long since been recognised for its commitment to the industry. This year they have supported a record number of events and exhibitions year – in excess of 50. It was announced earlier in the year that they have agree to be the headline sponsor of the glittering BALI National Landscape Awards for a further three years. So far on the 2018/19 landscape calendar they have committed to sponsor the Pro Landscaper Business Awards, the Pro Landscaper 30 Under 30:the next generation initiative and the SGD awards.

“It has been a storming year for Green-tech but it hasn’t happened by chance.  The team have stuck in and worked hard. I’m delighted that our hard work and commitment to the industry and our clients has paid off. We have increased our turnover by 13% from 2017 which is no mean feat in an incredibly competitive marketplace. We have big plans to take on more apprentices and get more heavily involved in educating the younger generation who will be the future of Green-tech. We’ll continue with our new product development, looking for good-fit acquisitions and making sure there’s no better choice when it comes to choosing a landscape supplier!”