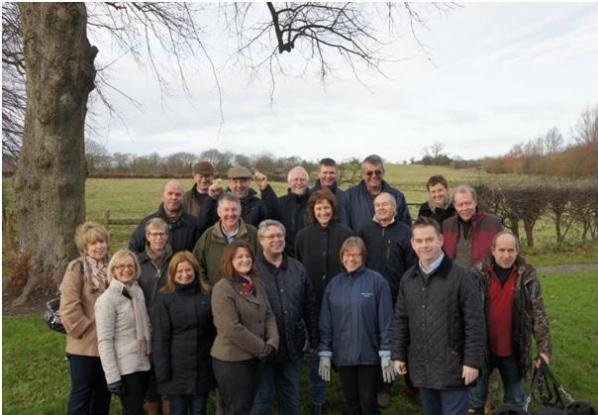 Residents of a North Yorkshire village have launched a campaign to save century-old trees in their community.

Villagers in Great Ouseburn, near Boroughbridge, have teamed up with Selby and Ainsty MP Nigel Adams to try and protect the trees in Seggans Field, which runs between it and Branton Green.

The avenue of lime trees were planted by villagers next to the green space in the early 1870s, and are currently under tree protection orders, but residents believe a number of them are under threat by developers who want to build 50 new homes on the field.

Mr Adams said: “Seggans Field makes Great Ouseburn great. It is like the Stray in Harrogate, when you go there it is the open space that has a big impact on your impression of the village, just the same way that the Stray does in Harrogate.

“It might not be a park but it has the same impact. It is the wrong site for building, too many new houses are proposed compared to the size of the village and felling trees planted by villagers over 100 years ago is unacceptable. I am not surprised that the village is so strong in its opposition.”

Villagers believe three of the trees would need to be felled to allow access to the site, and said while they were not opposed to new housing, they believed the proposed location was not suitable.

A spokesman for the parish council, which is backing the campaign, said the land often floods during the winter, and is sloped into a valley containing wildflowers, and an alternative site had been suggested to Harrogate Borough Council.

Mr Adams said: “I will be lending my support to oppose this proposal.

“It is important that development in villages is done so that the character is retained, there is no point building identikit housing estates in the country, especially if the only roads in and out are down narrow twisty roads.”