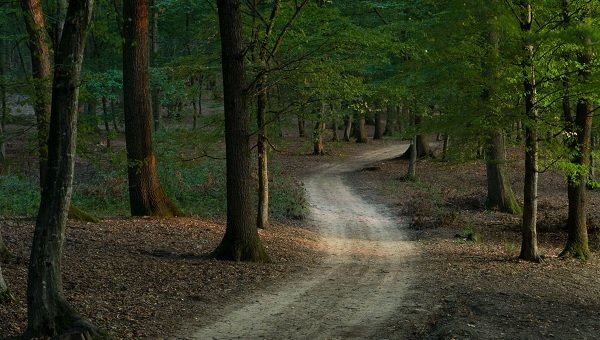 In 2012 the Forestry Commission shelved plans to sell the forests and woodlands that form the public forested estate in England. The proposal clearly touched a nerve and exposed the British love affair with trees.

It also exposed the level to which forestry in Britain, and the commercial forestry sector in particular, is so widely misunderstood. The perceived threat of reduced public access to forests was one of the main concerns raised by those opposed to the sale. However, 82% of forests in England are privately owned.

Across the UK, the public has unfettered access to a larger area of privately owned forest and woodland than to those in the public estate.

It was notable that whilst objection to the proposed sale focused on amenity and access, little mention was made of the need to safeguard the commercial timber supply chain in the UK. This would suggest that public appreciation of forestry is disconnected with one of the main purposes of forestry – sustainable timber production.

The connection between public perceptions and the purpose of forestry in the UK must change. Here’s why: according to the United Nations, annual global consumption of timber is estimated at 4 billion tones and as the global population expands at roughly 3% per year, it is folly to assume that demand for timber will decrease.

Britain was the third largest global net importer of timber in 2011 and will never be able to grow enough trees to satisfy its domestic demand for commercially grown conifer trees.

If we take a moment to gather our thoughts; we now know that global demand for timber is increasing and the UK is a net importer of timber. Surely then, the UK has a domestic forest policy that places significant value on commercial timber production?

In fact, the opposite is the case. The commercial forestry sector and the Forestry Commission must now accept the blame for mistakes made in the last 30 years that have had a disastrous impact on the UK forestry sector.

In the 1970’s, the noise surrounding the environmental damage caused by inappropriate and extensive planting in the Flow Country could not be ignored. In time, the economic viability of commercial forestry came under the spotlight and ill-conceived conclusions resulted in knee jerk policy change. Almost overnight, the Forestry Commission made the decision to change from a grower of timber, to a guardian of the forest environment – in other words, commercial timber production was no longer a priority.

In the 1990s imports of cheap timber form Russia and the Baltics placed increased pressure on the already struggling timber price in Britain. Our commercial timber industry was in a deep depression, exacerbated by an incorrect assumption that cheap imports reflected a long-term market trend.

The quality of timber produced in Britain today is world class. Prices paid for domestically grown timber have recovered and look sustainable.

The UK also has one of the best climates in the world for growing excellent timber. Large scale forestry complexes like Eskdailemuir and Keilder Forest are true giants in a European context. Located well away from the main urban conurbations of the UK, they are rarely spoken about and little understood. No other international industry leader operating in the UK would ever put up with such a low public profile.

It is now vital that policy and public perception change. Some of the oldest and best-loved trees on these isles exist because of forestry, not in spite of it.

It is not acceptable to underutilize British forests on the grounds of environmental and amenity safeguarding when we use more timber than we are currently prepared to harvest.

In Britain, we have already proved that commercial forestry, the environment and public amenity can co-exist. We need to be brave, have a long term view and commit to showing the world our true talent when it comes to managing woodlands.

Edward works for Honour Capital which advises on investment selection, appraisal and management of forestry assets. Honour Capital operates across Europe and is regulated by the Royal Institution of Chartered Surveyors.

Edward Anderson-Bickley is a qualified chartered surveyor and is managing director of Honour Capital.