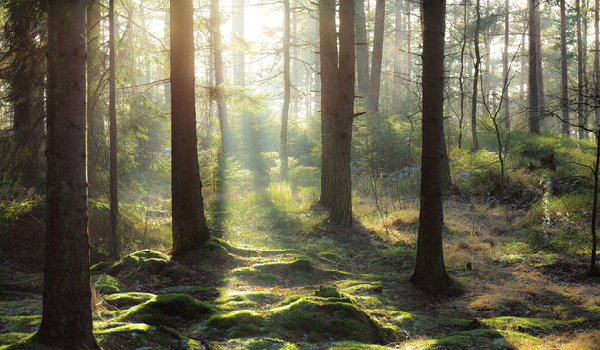 Environment secretary Michael Gove has appointed the UK’s first tree champion to support the government’s pledge to plant over 11 million trees, as well as to unite local leaders and councils to prevent the unnecessary felling of the carbon dioxide-inhalers.

The appointment of Sir William Worsley has been welcomed by environmental campaigners, as it comes at a time when the UK is dealing with something of a tree loss epidemic. The controversial plan to fell 20,000 in Sheffield, the exposure of Network Rail’s intention to remove all ‘leaf fall’ trees that line its tracks and a proposal to frack Sherwood Forest, are all signs of the times.

John Tucker, director of Woodland Outreach at the Woodland Trust, believes Sir Worsley’s “vast experience” as the chairman of the National Forest, which covers 200 square miles of central England, make him an “excellent choice for the role”.

But, Paul De Zylva, nature campaigner at Friends Of The Earth told HuffPost UK he questions just how much impact Sir Worsley will have in his new role. “It’s always good to have a champion that reports straight to government,” he said. “But will they be taken notice of?”

With so many issues to solve in the UK, some may question why it is important to have a government-appointed person responsible for trees. But De Zylva explains that trees are vital for a variety of reasons: “They bind soil together, to stop soil erosion. They lock in carbon and they support countless species of wildlife. They help to regulate temperature and cool our cities, they can help to avoid flooding, by capturing water.”

De Zylva hopes Sir Worsley will be able to “point out what the government is doing wrong,” which he believes includes things like: “the Network Rail plan… could a tree champion have oversight of that sort of thing?”

And the: “routing of HS2, which is being pursued in ways that will mean the loss of ancient woodland. Will the tree champion speak out against the fracking that’s threatening Sherwood Forest?”

He also notes that British trees are currently dealing with a range of pests and diseases, which are affecting our indigenous species, another issue he would like to see the new tree champion address.

Sara Lom, chief executive of charity the Tree Council, is more optimistic. “I think it’s fantastic,” she said. “It was promised and it’s great that it’s someone with proper expertise.” She notes that it’s going to be an “incredibly tough job, but, where there’s a will, there’s a way.”

Lom hopes that Worsley will connect with the people who are suffering because of tree felling – such as people in Sheffield who had their streets cleared of trees. “We know that some trees may have to come down for health and safety, but removing a tree should always be a last resort,” she said. Alternatives, such as removing branches (a practice known as coppicing) and pollarding – pruning trees so that they are shorter than they would be naturally, can be used instead.

John Tucker added: “In terms of tree planting, recent government figures have been disappointing and we hope Sir Worsley will bring fresh impetus to the 11 million tree commitment. We would, however, like this tree planting aspiration to be viewed as a springboard rather than an end in itself.

“Overall we can only welcome what would appear to be a commitment to providing better protection for our precious natural environment into the future.”