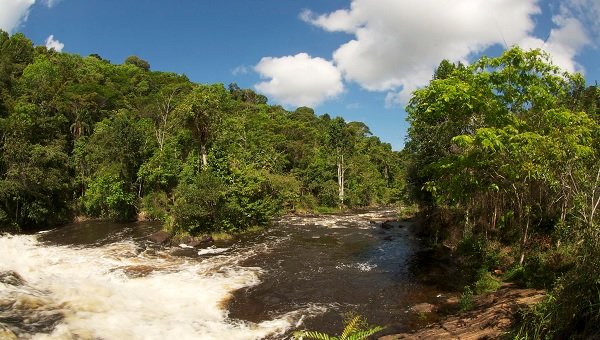 As far as World Cup initiatives go, a project in Brazil’s north-eastern state of Bahia to plant tree for every goal scored at Salvador’s Fonte Nova arena is a good one – trouble is organisers were not expecting so many to rattle in.

For every goal scored in Salvador, precisely 1,111 trees will be planted – roughly the size of a football pitch – in the Atlantic Forest in the south of Bahia.

Thanks to the Netherlands’ 5-1 drubbing of Spain and Germany’s 4-0 rout of Portugal in the first two games a remarkable 10 goals has equated to 11,110 trees already, leaving local sponsors struggling to keep up.

The project is the brainchild of a state government World Cup sustainability initiative, backed by firms such as local paper company Veracel.

With four games still to be played in Salvador, planners are now seeking additional private support to fund the extra trees required, including the goal-scoring protagonists themselves.

“As they’ve scored quite a lot of goals already, we need more trees and so are looking for new partners – including the national teams and even players themselves,” Patricia Mazoni, a consultant for the Gol Verde (Green Goal) project, said.

Not that they are not grateful for the challenge. The forest has shrunk to just eight percent of its original size.