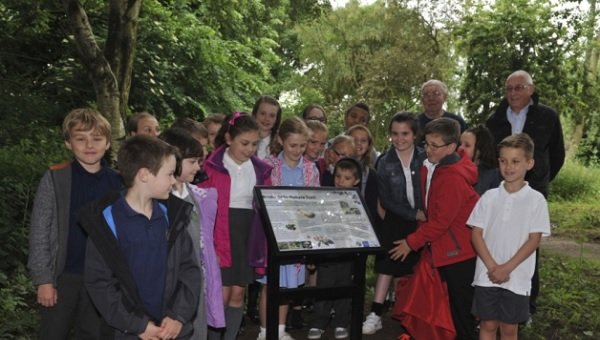 A revived nature trail on a once ‘forgotten’ piece of land has been officially unveiled to a Sheffield community.

The Bridle Stile Nature Trail in Mosborough has been revitalised by volunteers over 18 months after it had become a ‘no-go zone’.

Hundreds of bags of litter were cleared and dangerous trees removed, before new plants and trees were put in and a meadow created.

It was opened with a treasure hunt and project leader Sheffield Landscape Trust now hopes it will become a haven.

Karl Knight, landscape planning officer, said: “This area had became a bit of a no-go zone and it was a forgotten piece of land.

“It has been transformed.”

Grants of £21,000 from nearby housing developers boosted the project, which involved schoolchildren and the community.