Glenrothes woodland concerns to be addressed 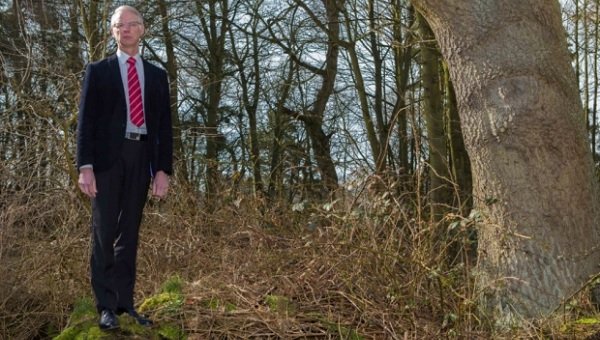 Glenrothes councillor John Wincott has said there must be stricter control and better management of the town’s woodland areas.

His comments follow his recent remarks to the Glenrothes area committee that the liaison group set up to deal with resident’s concerns is failing to address the increasing number of problems.

Mr Wincott says he is regularly contacted by residents complaining about the lack of sufficient maintenance of woodlands across the Glenrorthes area – despite Fife Council, Greenbelt and the Woodland Trust all having a commitment and meeting at least four time per year.

The Woodland Trust purchased much of the town’s woodlands following the winding up of the Development Corporation in 1996.

He has now been appointed to the Wood Liaison Committee to represent resident’s concerns.

“Many people in Glenrothes have been deeply unhappy with the service provided by the Woodland Trust, and their contractor Greenbelt Energy Ltd, for a number of years,” said Mr Wincott.

He added: “Typical complaints are that nobody responds to emails or phone calls, no one listens to the concerns that people have about trees next to their homes, and little or no work is done to address their complaints.

“When the liaison committee was first put together in 2013, two Councillors sat in on the first meeting to oversee the initial set up, but after that their role was over.

The appointment and improved lines of communicationsoon to be put in place have been welcomed by both the Woodland Trust and Greenbelt Group Ltd.

A spokesman for Greenbelt said they carry out maintenance in accordance with an agreed woodland management plan in order to create a “sustainable and viable“ woodland across the Glenrothes area.

Over 200 hectares of woodland across the Glenrothes area was handed over to the Woodland Trust following the winding up of the Glenrothes Development Corporation in 1996.

The Trust later entered into a 175 year lease with the Greenbelt Group Limited in respect of 216 hectares of Glenrothes woodland in 2002.

Councillors have met with representatives from the Woodland Trust and Greenbelt since June 2013 and councillor John Wincott has now been instated as a member of the liaison group.