Genetics and the Value of Trees A seminar with Peter Thomas 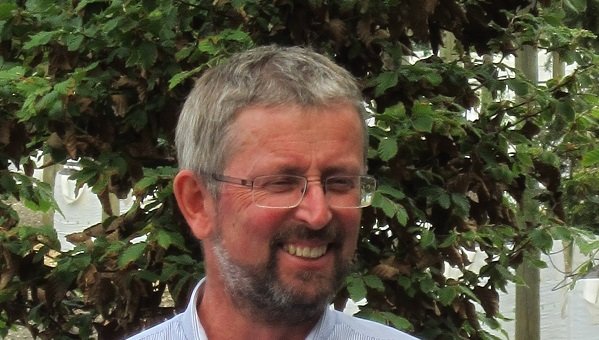 The season of arboricultural seminars at Barcham Trees’ Cambridgeshire nursery continued in late May when Dr Peter Thomas, senior lecturer in Botanical and Environmental Science at KeeleUniversity, led a fascinating day on how our knowledge of trees has increased in recent years and a discussion of their value to us.  He is the author of ‘Trees, Their Natural History’, which has been newly re-published following its first edition 14 years ago.

Peter Thomas began the day with a wry nod to Monty Python’s Flying Circus in asking his audience “What have genetics ever done for us?”.  The answer was “quite a lot actually”, as delegates suggested drought tolerance, disease resistance, improving timber quality and fruit yields, predictability and hybridisation as just some of ways in which humans have benefited.

The botanical names of tree families has changed thanks to our better understanding of genetics and, in particular, DNA.  In the past  plants which looked similar were considered to be related.  For example, Quercus, Fagus and Castanea are considered cousins within the Fagaceae family.  Maples were formerly Aceraceae, but are now in the Sapindaceae (soapberry) family, along with horse chestnut, lychee and Koelreuteria, which at first seems a disparate association.  For a start, the leaves of each look quite different, but they are nevertheless related genetically, like human cousins.  Peter reminded us that while there is rapid change at present, this should be the last time names will change.

Moving on to phenology, which my dictionary defines as ‘the study of organisms as affected by climate, especially dates of seasonal phenomena such as opening of flowers’, Peter looked at the silver birch with its range from close to the Arctic Circle. down to the Mediterranean Sea.  Save seeds from various location, sow them in the UK and plants grown from northern seed will come into leaf before those grown from southern seed.  The timing is genetically ‘stored’.

Stressing the importance of provenance, Peter quoted the lodgepole pine (Pinus contorta) as a prime example.  Widely grown in the western USA and in Canada, it is a good timber tree, but, depending on the provenance of the seed from which it is grown, it can also grow like a corkscrew.  Spire-shaped trees tend to grow in the north, where they can intercept light from a low angle, and in deserts close to the Equator, where they do not intercept light and so save loss of water.  Their shape is determined genetically.  Dome-shaped trees are usually found in cloudy environments, where a uniform radiation of light comes at them from all angles.  Spire-shaped trees are usually conifers, while dome-shaped ones are normally hardwoods.  Flat-topped trees are a feature both of Africa and of the Mediterranean area, where they let less moisture evaporate by encouraging the wind to pass around, not through the canopy – always a ‘plus’ in arid areas.

Peter Thomas then considered topophysis or ‘remembered growth’.  For example, upright or prostrate growth is repeated in cuttings taken from a particular tree.  Where hollies only have spines for their first 3m of growth, this too is replicated in cuttings taken from such a tree.  The make-up of an organism is known as its genotype, but this can be affected by the environment and then become a phenotype.  Peter believes that, with the exception of man, sheep have done most to destroy the environment in the UK.

He then looked at genetic changes, beginning with sports.  Fagus sylvatica Purpurea is due to a naturally occurring change in seed from normal beech.  Genetic mutations can also cause sports, as in the case of Taxus baccata Fastigiata Aurea.  Navel oranges and pink grapefruits are also genetic sports, Peter told us.

How do trees cope with evolving insects?  Aphid generations are measured in days, while a tree generation takes from five to 100 years.  Not surprisingly, aphids evolve much quicker than trees do.  Trees become genetic mosaics, accumulating random mutations in their buds, which helps them deal with insect pests.

Another form of genetic change can come about by traditional plant breeding.  A good example is the hybrid larch (Larix x eurolepis), which is more vigorous than either of its parents, the Japanese larch (Larix kaempferi) and European larch (Larix decidua).  Sometimes so much hybridisation and inter-breeding take place, a plant may no longer have a specific name, as in the case of Prunus Kanzan.  Peter reminded his audience at this point that KeeleUniversity has 290+ varieties of flowering cherry, and is the National Collection holder.

Then there are chimaeras, such as Fagus sylvatica Asplenifolia, the cut-leaved beech.  Its cut-leaves come from an outside layer of cells, but it is a normal beech inside, so it is really one tree inside another.  A superb example of a graft hybrid is +Laburnocytisus ‘Adamii’ or Adam’s laburnum.  It is thought to have originated in France in the 1820s when nurseryman M Adam turned his attention to grafting purple flowered broom after dealing with laburnum.  It looks like a laburnum, but bears both the expected yellow flowers and dense clusters of purple-flowered broom, while some branches also produce intermediate flowers of coppery pink or a mixture of both colours.

Can desirable features be predicted from some part of a plant at an early stage?  In hybrid poplars the amount of wood they will grow in the future is linked to the are of the largest leaf on a seedling.  Their phenology and wood density are highly genetically controlled, but their growth is not so both genes and the environment affect their growth.  So growth has only a low heritability and the more genes are played with in a plant the more likely it is there will be unwanted consequences.

Once the complete set of DNA (the genome) of a cell is known, and the position of specific genes along the chromosomes, we can begin to see what happens when genes are manipulated.  In trees most of the work done to date involves switching genes on or off rather than introducing genes from other organisms.  So what changes are we looking for in genetically engineered trees?  In India higher yielding rubber trees are sought, while in Brazil faster growing eucalypts are a priority.  In Europe we are trying to reduce the amount of lignin in poplars to make cheaper paper and biofuel.

We are also seeking trees for changing environments, and especially those which can cope better with drought, pollution, pests and diseases.  In Hawaii where papaya is grown commercially, they are looking for viral resistance, as ringspot virus is a serious threat.

Genes produce proteins, and the proteome is the sum of the proteins in a plant.  Every cell may have the same genome, but every cell produces its own set of proteins and its own proteome.  If known, we can control not just genes, but proteins too.  It was interesting to note that when Peter conducted a survey of the tree care professionals present at the seminar, 74 per cent felt that genetic engineering was desirable in trees.

After lunch he turned our attention to the value of trees.  He told delegates that up to 70 per cent of gaseous pollutants can be filtered by street trees, with a hectare of deciduous trees capable of removing 15 tonnes of particulates every year.  The practice of forest air bathing or walking (Shinrin-yoku) is popular in Japan because a walk in the forest makes people feel better.

Trees can be of physiological as well as psychological benefit.  Mooterpenes released from trees interact with the immune system, and can reduce tension, stress and aggression in humans.  There are already systems , such as CAVAT, i-Tree and the Helliwell system, which look at the monetary value of street trees.  I-Tree looks at carbon sequestration, but how much carbon can forests hold?  Biomass is all the dead and living tree material in the world.  Ninety per cent of the world’s biomass is held in trees and forests, so these contain 90 per cent of terrestrial carbon.

There is an annual increase in biomass, with 65 per cent of this coming from the world’s forests.  The Net Ecosystem Productivity is the production of the ecosystem minus decompositional losses.  Woodland is only a significant sink of carbon while it is growing to maturity.  A mature forest puts back as much carbon as it takes out.  So can trees soak up enough carbon to mitigate the effects of climate change?  Sadly no – trees will soak up 12-15 per cent of our carbon emissions, which is fairly low.

While they do not take up much carbon each year, they do store a huge amount.  Carbon must be kept in the forest, but will it be kept?  In an oak woodland 60 per cent of carbon is stored in the soil.  In middle latitudes, such as in Siberia, this may rise to 62 per cent, rising to 85 per cent in high latitudes.  In low latitudes, such as in rainforests, this can drop to just 50 per cent.  Urban soils in the USA have a carbon content ranging from 56 to 94 per cent according to Pouyant et al (2006).

The increased loss of carbon from the soil is due to rising temperatures and drought in hitherto wet regions.  Peter Thomas told us it has been predicted soil carbon will all have disappeared by 2100.  The loss from trees is due to increased stress, insects, pathogens and deforestation.

Why is it important if we lose the carbon stored in trees?  Throughout the world, trees contain 580 gigatonnes of carbon and soils 2200 gigatonnes, which together are about three times as much as the 829 gigatonnes held in the atmosphere.  .  If released, CO2 levels would reach 1700 parts per million.  At present they are around 398 ppm.  The carbon uptake by trees is low compared with their emissions, but the carbon stored in trees is of huge importance, Peter told delegates.

The day concluded with Peter Thomas taking delegates out on to the nursery for a practical demonstration of how to determine for themselves the amount of biomass and carbon present in a number of trees, based on formulae which he gave them.