Genetically modified trees are being ‘strangled’ by red tape 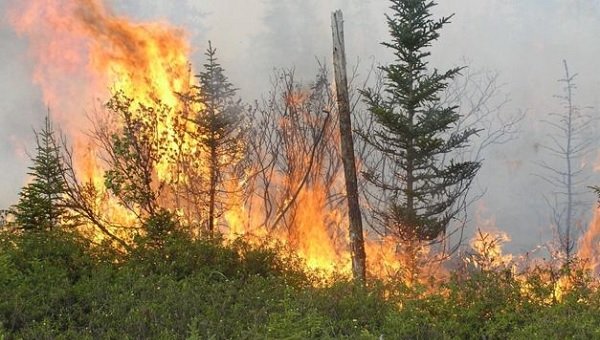 US researchers say it has become “virtually impossible” to plant genetically modified trees in any part of the world.

They argue that the GM trees are desperately needed to deal with an upsurge in forest diseases and pests.

What they term “misguided” concerns about genetic engineering have slowed progress to a crawl.

But environmental campaigners say the technology is risky and the long-term safety unproven.

Genetically modified trees were developed in the 1980s amid hopes that the technology could tackle persistent problems such as pest infestations.

It was also hoped that new fast-growing strains would be developed that would be attractive for commercial companies.

Earlier this year a rapidly growing variety of eucalyptus was approved for use in Brazil – these trees can sprout five metres per year and they produce 20% more wood than conventional varieties.

But approval to grow only came after almost 10 years of field trials.

Researchers say that these types of delays are paralysing the technology at a time of increased threat to forests.

They argue that there is too much concern over methods of genetic engineering and not enough focus the potential problems that it solves.

“With global climate change and the spreading of pests, it’s rather urgent we have all the tools we can bring to bear,” lead author Dr Steven Strauss from the University of Oregon told BBC News.

“It’s just a pity that this tool is off the table and is locked in some vault.”

Part of the problem the researchers say is that GM regulations were developed for short-cycle crops like maize and soybeans. Trees take decades to grow and can live for centuries, and during trials they must be kept isolated from other species while the areas around them must be constantly monitored. All this adds hugely to the expense.

Behind the tough regulations, the authors argue, are concerted efforts by green groups to limit the technology.

“I’m an environmentalist,” said Dr Strauss. “I used to belong to a lot of these groups, and I question what they are doing.

“Like the vaccine situation, you need horrible things happening to forests to get people to wake up that we need these powerful tools.”

But green groups say that there is a far bigger threat to the global environment from the advocates of GM trees.

“You simply cannot focus on the product without the process as it is precisely the process that imparts the danger,” said Anne Petermann with the Global Justice Ecology project.

“The genetic changes forced into the genome of the tree carry with them impacts – and these impacts are extremely difficult, and in cases, impossible, to identify or assess.

“In the case of genetically modified poplar, pine or other trees with native wild relatives, the threat of irreversible genetic contamination from these genetically modified trees into native forests is impossible to control, if these trees are produced in large numbers and released into the environment,” she said.

In addition to the Brazilian eucalyptus, only two types of pest-resistant poplars have been authorised for commercial use, in regions of China.

Dr Strauss worries that the level of red tape and opposition could shut down research in this field completely.

“People have stopped doing research, because the signals from the marketplace and regulators are so extraordinarily hostile. It’s almost completely shut down,” he said.

“Even in China, it’s just a trickle. It’s essentially a non-option.”