Gardner died after falling 20ft onto spikes while pruning trees 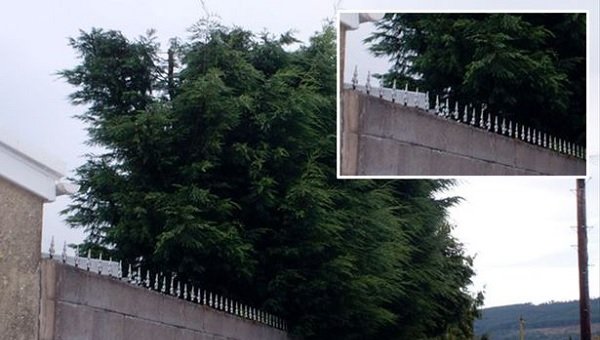 A gardener pruning a tree was killed when he fell onto spiked railings outside his home.

Peter Davies, 67, plunged 20ft onto the silver decorative spikes while chopping branches off a fir tree in his back garden in Merthyr Tydfil.

Paramedics battled to free the grandfather but he died of severe blood loss after being flown to hospital by air ambulance.

Police are investigating but said Mr Davies, a widower, died in the “tragic accident” at his home in Twyn, according to Wales Online.

The dad-of-one, who was described as “fit and suntanned”, spent his retirement tending the garden at his home.

Neighbour Ken Clement, 80, saw him climbing the tree armed with a saw and shouted up to him to “be careful”.

He said: “I saw him using a ladder to get up the tree and called over asking him to be careful.

“About 20 minutes later I found him badly injured and I call the emergency services.”

Another neighbour said: “It was just dreadful, Mr Clement did everything he could for him until the ambulance crew arrived.

“They worked so hard to try and save him but he lost so much blood, he could not have survived.”

Peter’s daughter Nicola Hindley-Davies, 46, was too upset to talk about the tragedy.

A South Wales Police spokesman said: “We were called to a sudden death after a man fell while gardening – we are treating it as a tragic accident.”